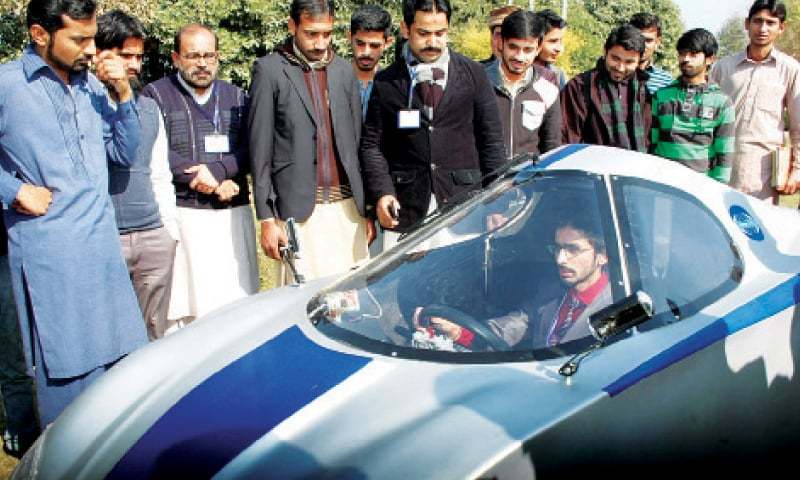 Around five months of extensive labour, collective team efforts, Rs350,000 collection on a self-help basis and the outcome is the emergence of a blue aerodynamic environment-friendly one-seated small car.

The car was jointly manufactured by students and faculty members of the Mechanical Engineering Department (MED) of a public sector university COMSATS, Sahiwal campus.

It is learnt the car has been selected and will represent Pakistan in the upcoming Manila International Auto Show 2015 starting from April 9 in the Philippines.

The team of students has used 70CC engine and light weight fiberglass for developing all its exterior and interior.

Designer Tahir Asif says the car has nine-feet length, around four-feet height and width and will cover about 60km in one liter.

At present, the car has 200kg weight and having one person seating capacity which in future can be expanded with design.

Shell Pakistan representative Afshain, who is specially arrived from Karachi, said they had been following the formation of car for the last five months.

She said total 14 teams would be sent to upcoming Manila International Auto Show 2015 from Pakistan. “Rush will be among one of 14 cars being sponsored for the show”, she added.