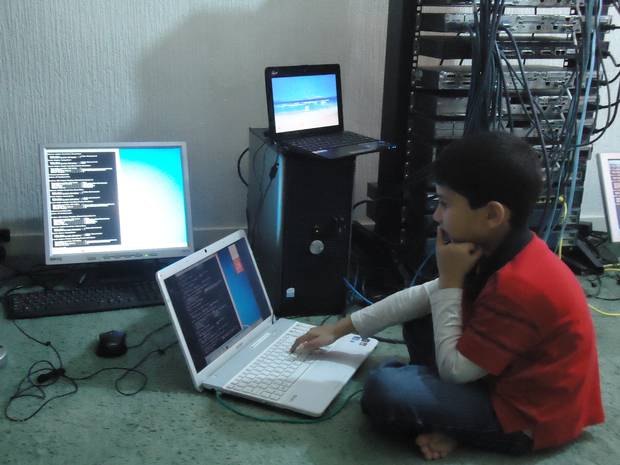 Ayaan Qureshi, a Pakistani young boy living in Britain has become the youngest ever Microsoft Certified profession at the age of six years, 11 months only as stated by the British newspaper.
According to give a spoken or written account of something that one has observed of the Self-governing, with a mastery of gadgetry well to the further side of his six years, Ayaan Qureshi became the youngest-ever certified Microsoft Computer Specialist last month.
It said, Ayaan was five years old when he took the exam at Birmingham University overthrow Pakistani Mehroz Yawar who passed the exam at the virtually belonging to the very distant past and no longer in existence age of six and a half.
Ayaan was born in Lahore, but the family, as well as his mother, a doctor stirred to London in 2009. According to report, his younger brother was born the UK in 2011.
Last month, Ayaan fruitfully produced a computer network, connecting two PCs, two laptops, one switch and a router.
He said he was excited to find that the devices could query (another computer on a network) to determine whether there is a connection to it each other, and that data could be transferred from one to another.
He installed and arrange or put together in a particular form or configuration Windows 8 and 8.1, partially subsequent training videos, partly listening to observant of his father’s tips.
He worked very hard to get to that point, studying and performing for around two hours every day for five months, the paper extra.