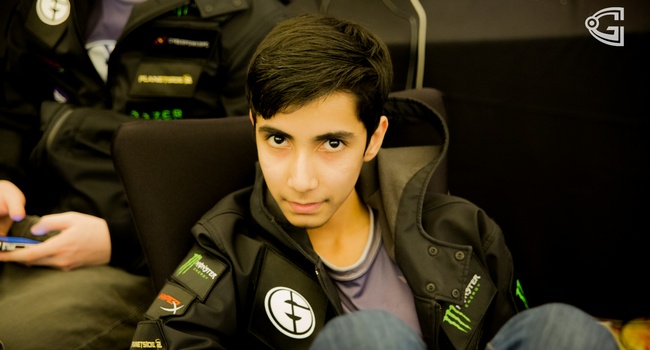 In the recent years, the world has seen a number of young people making their mark; from pop star Justin Bieber to the cast of Stranger Things. These are some of the most influential teens alive on the planet today.

TIME Magazine has formed a list to highlight the top 30 most influential teenagers of 2016. The list includes celebrities across different domains and fields; global impact through social media and overall ability to drive news.

One of the entry is Pakistan’s very own Sumail Hassan. The 17-year old is famous for winning DOTA’s 2015 edition of The International, the esports event with the largest prize pool in the world. He also became the world’s youngest person to earn $1 million playing competitive video games.

Sumail followed in the footsteps of his older brother, Yawar Hassan, who is also a professional DOTA player. However, he never saw the same success as his younger brother has.

Sumail grew up in Karachi where he fulfilled his urge to play video games in the local internet cafe. He once told the foreign magazine in an interview that he sold his bike to a complete stranger so he could have enough money to pay for the money to the internet cafe owner.

“I lived in Pakistan for 15 years. Growing up, I wanted to play so bad that I sold my bike just to be able to play for more hours.”

Sumail started playing Dota 2 at the age of 7 and now, he is one of the world’s most famous players. Working nine hours a day to ensure he remains on edge, he takes his career extremely seriously. After Sumail’s selection for the professional DOTA, Sumail’s parents took the decision to move permanently to the United States.

Sumail’s mother, a huge supporter of his son, said:

“He’s really ambitious. He’s always been saying to his mom and dad: ‘let me do this and one day I will make you all really proud of me!’ And he’s doing it, he’s on his right path.”

Talking about the money he has won in a short time, “That’s a lot of money,” he said. “I always wanted to buy my mother a house. That’s all she wants.” If nothing else, that could make all the time he spent in front of the computer back in Karachi worthwhile.

How to Locate the Right Essay Services

So why Dating a Married Girl is Bad

Selecting the Best Info Room Carrier for Your Company

Ideal Antivirus At no cost