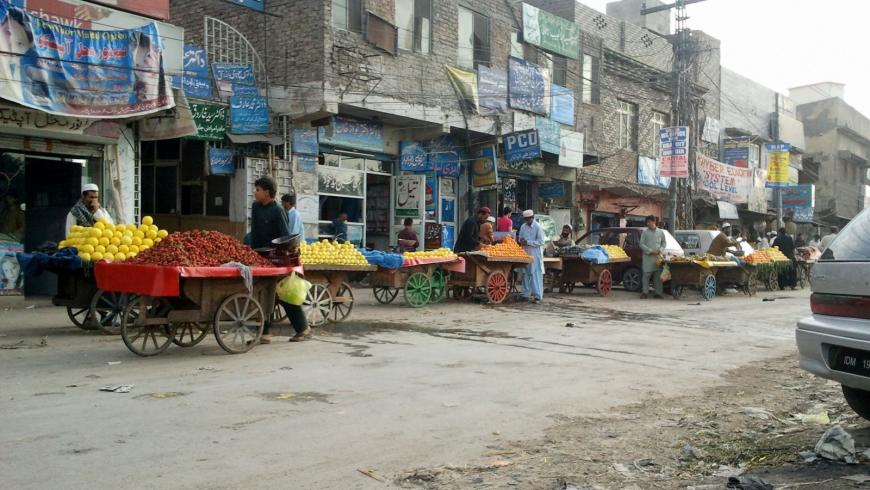 Co-founders Ibraheem Saleem, Usman Khan, and Haroon Baig created Emperor Bazaar atPakathon, a hackathon focused on Pakistan’s development challenges. “A few months ago my co-founders and me got an opportunity to make an app of our choice in a global entrepreneurial event called Pakathon. We decided to make something which has never been tried before. We wanted to make a website which is inclusive to the almost rare and dying industry of handmade goods of our local craftsmen (here in Pakistan) and sell those goods online.”

Since then the trio have been running Pakistan’s first bitcoin only site aimed at helping local craftsmen. With an increasingly industrialized economy, local demand for traditional craftsmen’s goods has been drying up. The local traditional tradesmen have struggled to offset this by connecting to the global market of buyers, due to the lack of payment options.

According to Saleem, it is not easy for a Pakistani business to accept money over the internet, “Being in Pakistan there are many things missing technologically, especially the banking sector.” Saleem explains that providers of online payment solutions, such as PayPal, have no presence in Pakistan due to strict banking regulation.

Co-founder Saleem, who had the initial idea behind the business, discovered bitcoin in 2011 and stresses his early struggles with the concept, “I didn’t fully understand the true potential of a Peer-to-Peer decentralized currency at the time” but explains how he grew to become a fervent enthusiasts. A decentralized internet currency fit well with his libertarian beliefs, and he also realized the new opportunities made possible by the currency.

After spending some time working with a few startups in Europe and co-founding his own game development studio, Sweet Pixels, he was troubled when he noticed local and ancient trades in Pakistan were fading away. The idea of Emperor’s Bazaar and using bitcoin to reach a higher end, global market hit him.

Since their launch at Pakathon, Emperor’s Bazaar have been selling numerous items of traditional Pakistani apparel and furniture, that are made by local craftsmen whose trade dates back to back to 16th century Mughal Empire. Chatrali traditional hats and sandals, hexagon and rounded rugs, and even a wooden swing are some of the goods sold on the website.

The trio says that sales have been slow since they started, but they hope to attract more customers through marketing campaigns and improving the consumer experience.

The slow initial uptake, and subsequent earnings, haven’t encouraged the site to liquidate their Bitcoin holdings or dissuaded the team from being bullish about the future of the currency. “We trust in the digital currency as a solid financial investment. We want to keep our earnings in Bitcoins and trust in the currency to remain stable and valuate even higher in trading markets. That’s why we keep our earnings in Bitcoins and we plan to keep it that way for a foreseeable future.”

Emperors Bazaar is not the first business in the Middle East to use bitcoin to overcome political and infrastructure problems. Persian Shoes, a 70 year old business selling high quality handmade shoes in Iran, started accepting bitcoin late last year. CEO, Mor Roghani, explained accepting bitcoin allowed them to receive money from a global customer base, “Before launching this website, our international sale has been limited to a few dedicated customers who knew about the quality of our products, and were prepared to go through a lot of trouble to pay us! This of course, may sound incomprehensible for people who have all sorts of electronic payments at their disposal. However, before finding out about Bitcoin, receiving our money was the number one obstacle in expanding our business.”

Sophie is an artist whose secret passion is finance, economics, and technology. She loves keeping up with the ever expanding and evolving world of crypto-currency. When she isn’t painting, she can be found trying to understand the complex inner workings of markets. Another complex system she is fascinated by, are ecosystems. She often observes them on her daily hikes through nature.