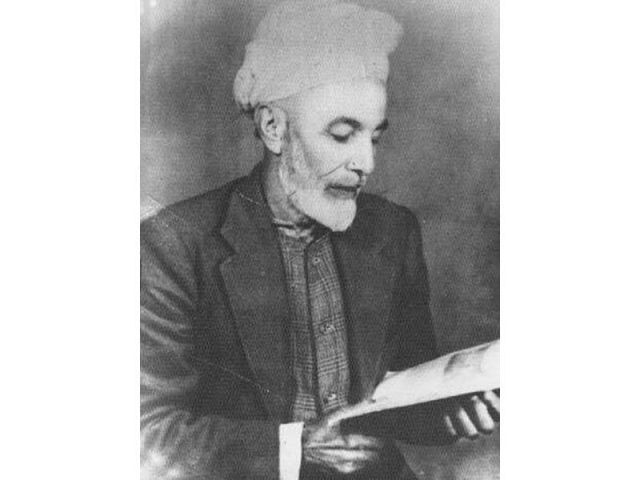 In the case of Kakaji Sanober Hussain Mohmand, his pen was indeed mightier than the sword. Unlike other heroes during the time of independence, Kakaji, as he was more commonly known, used his writing to free Pukthuns from British colonialism and oppression of latter governments. He breathed his last on January 3, 1963.

Sadly, few Pukhtuns today know of his contribution and sacrifices. That is predominantly the reason his anniversary passed by without much aplomb in Khyber-Pakhtunkhwa. Even the culture department failed to remember this great revolutionary. Kakaji was born in Kagawalla, a village near Peshawar in 1897. He received his early education from the village school and was later appointed as a teacher at a local institute. However, his revolutionary thoughts earned the ire of the British Raj and he had to give up his job.

Salim Raz, a well-known Pashto writer and historian, says Kakaji started a small organisation to fight for the rights of peasants and labourers. Raz adds the writer entered the fray of politics at the same time and first joined the Khudai Khidmatgar Movement and later the All India Congress.

However, unlike Bacha Khan, he believed violence could not be ignored in the political climate of the time and became part of the forward bloc in Congress. He went on to join Bharat Sabah under the leadership of Maulana Abdur Rahim Popalzai—an arch nemesis of British imperialism.

He knew the pen better than most and decided to use that instead of weapons. He started the periodical Shola, which he used to print on a hand-powered cyclostyle, to make Pukhtuns politically aware. After Partition, Kakaji started Aslam, a journal named after Sahibzada Aslam Shaheed. However, it was immediately stopped by the Pakistani government.

After independence, he came to Peshawar, and started writing about the postcolonial order. He continued with his ideological writing and was even arrested in his old age as the government was afraid the content may inspire the oppressed masses to rise against it.

Hayat Roghani, a literary figure who is collecting Kakaji’s works, says up to 70% of the writings are available. Roghani says these can take the shape of nine books. They include poetry, write-ups, and translations. Roghani added Kakaji translated Umer Hayat, the works of Shah Waliullah, Umar Khayyam and the written history of Islam in Pashto. “After a huge struggle, we have been able to collect one of his books and will publish it in coming days.”

He adds Kakaji’s work, like the translation of Umar Khayyam, was published by the Pakhto Academy. “His work is a great guideline for the next generation and must be preserved.”