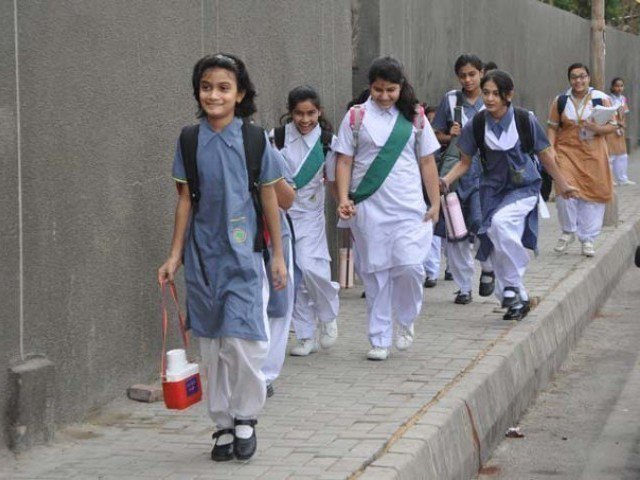 The committees have been formed under the Khyber-Pakhtunkhwa Private School Regularity Authority Act 2017, a law which the government passed last year to regulate private schools in the province.

According to the documents, available with The Express Tribune, each district would see two committees operate — one for boys schools and the other for girls’ schools – with male and female district monitoring officers of the Independent Monitoring Unit (IMU) chairing these committees respectively.

Other members of these committees would include the district education officer (DEO), the principal of a high school who has been nominated by the DEO and a nominee of the deputy commissioner.

Once a school files an electronic application for either registration, change of category, relocation, merger, verification of fulfilling applicable norms and standards or on specific instructions, under the law these district scrutiny committees will verify the correctness of the facts listed by the school including physical verification and other scrutiny and inquiry as the committee may deem necessary.

The committees would have the power to summon documents relating to the schools, receive statements on oath and direct the applicant to file affidavits.

Moreover, these committees also have the authority to enter and inspect any school, whether they are registered or not, and inspect their documents — in hard and soft form. They can also talk to students, teachers and any other employees of the school. Once the inspection is complete, a report and a set of final recommendations shall be forwarded to the registration and inspection committee for further action.

Talking to The Express Tribune, K-P Private School Regularity Authority Managing Director Zafar Shah said that the district scrutiny committees have the power to regulate and monitor private schools across the province. He added that if any private school violates the rules of the regularity authority or misbehaves with the committee members, they would be punished as per the law.

Shah added that school fees and standards of teachers would be decided on a provincial level and or as per the decisions of the high court. Moreover, he said that private school will only be allowed to charge tuition fees during vacations.

All other charges such as transport, services, renovations will be not be charged during this period. About the fifth and eighth-grade assessment exams, he said that all private schools have registered and from coming year private schools students would appear in assessments. Those violating that rule would have face action with their students barred from board exams.

However, private school associations have rejected the requirement of subjecting their students to the government-standardised fifth and eighth-grade assessment exams.

Talking to The Express Tribune, National Education Council of Pakistan Chairman Nazar Hussain said that these assessments were illegal and that private schools will never allow the government to impose this system on private educational institutes.