Ban on jobs in Fata affects regularisation of teachers 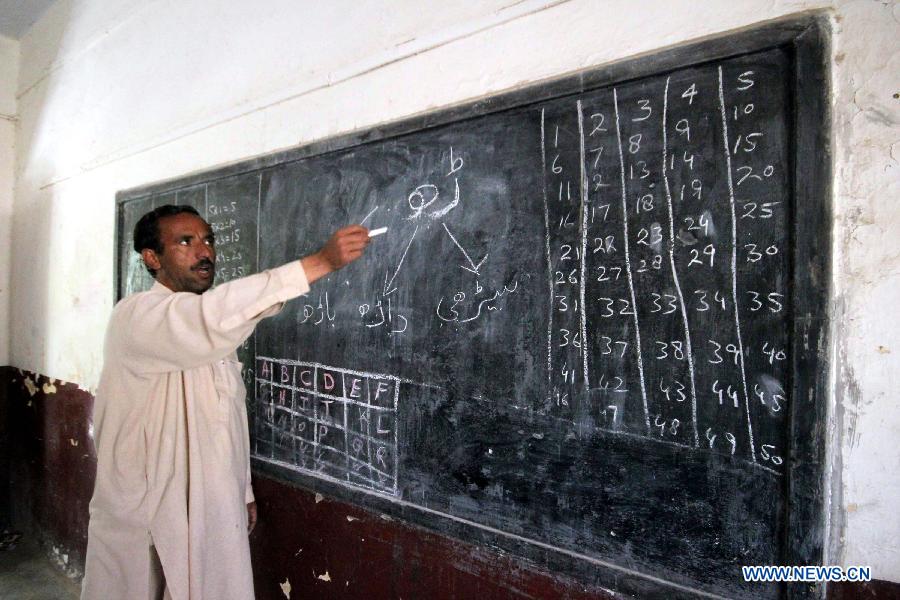 The imposition of ban on transfer and posting of government employees by Khyber Pakhtunkhwa governor has hampered the regularisation of services of more than 350 community schoolteachers in Federally Administered Tribal Areas.

The affected teachers said that the Directorate of Education, Fata through a notification in December 2010 closed down all the 954 community schools in tribal areas citing insecurity and paucity of funds as main reasons for the closure.The decision rendered 1956 community teachers jobless and forced over 50,000 tribal students to quit education.

The department concerned, however, assured the community teachers that they might be given preference in recruitment against regular posts.

The notification regarding the closure of community schools was sent to all agency education officers, political administration and agency account officers on December 13, 2010 to stop salaries of the community teachers from December 2010.

However, at the same time a hope was given to the affected teachers that regular vacant posts would be advertised immediately and recruitment process would be conducted as per prescribed procedure giving priority to community schools in Fata.

Sources in the education department said that since then they had not only regularised the services of 1,440 community teachers of the total 1,954 but also reopened 442 community schools in different tribal agencies owing to protest demonstrations by the affected teachers and tribal people.

The department, however, terminated services of around 150 community schoolteachers as they had abandoned their duty and taken up other jobs.

Mohammad Sadiq, a community schoolteacher in Jamrud tehsil of Khyber Agency, told Dawn that services of more than 90 per cent of his colleagues in Bajaur and Mohmand agencies were regularized.

He said that around 80 per cent of the affected teachers in Khyber, North Waziristan and South Waziristan agencies were still awaiting regular posting against vacant posts in their respective agencies.

Mr Sadiq said that a number of posts fell vacant in the three agencies during the last three years but the education department unnecessarily dragged its feet over posting of the affected community teachers against the vacant posts.

He said that despite clear cut directives in the December 2010 notification regarding their reinstatement, officials of the education department intentionally made their recruitment process lengthy and complicated.

“The recent ban imposed by the new governor on transfer and posting in Fata has dealt a severe blow to the slight hope of nearly 370 community teachers most of whom have no other sources of income and continuous joblessness has compelled them to borrow money on credit from their relatives to make both ends meet,” Mr Sadiq said.

He demanded of the governor to lift the ban on recruitment. He also called upon the education department to simplify the procedure of regularisation of their services and fill all vacant posts without any further delay.