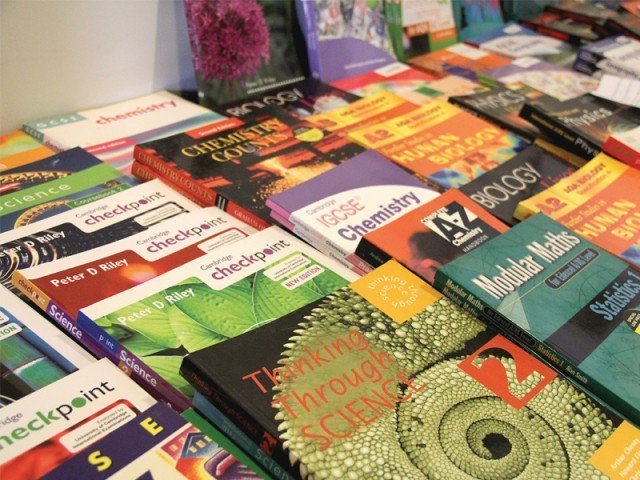 In a bid to help end rote learning and move towards the conceptual understanding of educational content, the provincial government has revised textbooks for grades I through X.

However, teachers have been critical of it, calling for extensive training on the new material. The Khyber-Pakhtunkhwa Elementary and Secondary Education Department (K-PESED) has brought reforms in the textbooks for the academic year 2018-19. Around 55 million revised textbooks have now been distributed across the province in government-run schools.

The department stated that revised textbooks will help promote conceptual development and in the development of essential analytical critical thinking skills amongst the students. A senior official in the K-PESED, who did not wish to be named, shared that changes in the textbooks were introduced to eliminate an over-emphasis on rote learning.

The reforms have affected textbooks for science, technology, engineering, and mathematics in an interdisciplinary and applied approach for all classes. He further elaborated that the textbooks have adopted the latest teaching and learning techniques with a focus on activities and problem-solving.

The changes, though, have left the teaching community — who have to directly work with the textbooks in classrooms — have different views regarding the changes.

Some teachers have lauded these changes, while others have criticised it, noting that the new textbooks will be difficult for both teachers and students.

Fazal Rabi, a senior high school teacher in Mardan, told The Express Tribune that these changes can be easily managed by the newly-recruited teachers since they were more qualified as compared to the older cadre while they also understood modern tools and the new techniques included in the books, hinting that the revisions were indirectly setting out the government’s preference amongst the teaching staff.

He added that some senior teachers are just unaware about modern teaching methods and the needs of students, hence their hesitation. Rabi urged the K-PESED and the concerned authority to provide training and to build the capacity of the older cadre of teachers. Muhammad Ilyas Khan, a primary school teacher, also criticised the new additions in the textbooks.

He stated that a teacher for Islamic Studies, Arabic or Pashto cannot manage new courses which were in English. He said that the government must make the subjects and courses easy to comprehend for children instead of making them more complicated for both teachers and students.

Meanwhile, the All Primary Teachers Association Provincial President Azizullah Khan too has decrid the recent changes as too difficult. He said that unless teachers were provided with proper training, the new material was nearly impossible to instruct. Azizullah added that no major changes were made in the books save the addition of a few topics.

He urged the concerned department to provide them with extensive training of 15 days to a month so that the teachers can learn the new changes and how to instruct students accordingly.