Home / News and Events / Cell for FATA Studies along with the UNDP Govt. Act 2013

Cell for FATA Studies along with the UNDP Govt. Act 2013 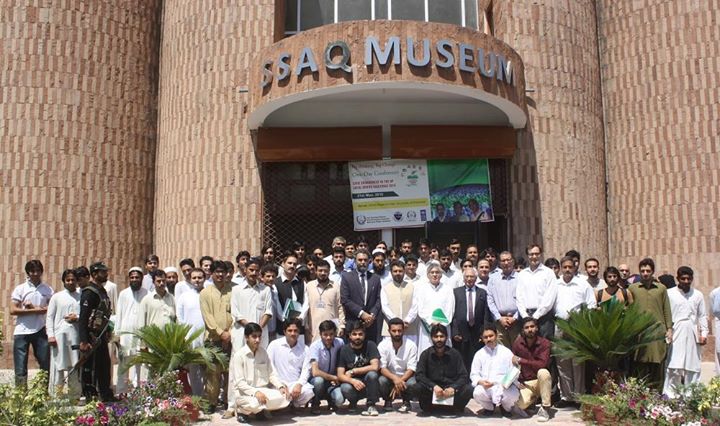 The UNDP in collaboration with the Ministry of LG, Govt of the KP and Cell for FATA Studies, University of Peshawar organized one-day conference on “Civil Engagement in the KP Local Government Act 2013. The conference was addressed by eminent speakers besides Minister for Local Government, Mr. Inayatullah Khan.

In his introductory remarks, Dr Syed Hussain Shaheed Soherwordi, head of Cell for FATA Studies, elaborated the concept and objectives of the conference. He said that Local government is a democracy at gross root level. It is a reflection of federalism at local level with a quench of thirst for satisfying needs of the people in their own councils. However, in Pakistan, people have been saying that local government is a dull world. It is dull because local bodies’ elections take place once in a blue moon. As local elections do not take place frequently, this disturbs federal government. A lack of electoral process frustrates people at local level which results in condemnation and undue criticism of federal government.

He further said that it will be the first time in the KP’s history that in 24 districts, more than 42,000 public representatives will be elected. He said that the conference will highlight the definition and importance of LGs, rules of local councils, conduct of elections and rules of LG act 2013.

Dr Adnan Sarwar Khan, dean faculty of social sciences, threw light on local governments’ constitutional instruments since General Ayub Khan’s BD system. He also said that it will be the first time in Pakistan’s history that a democracy will hold LG elections.

Mr. Syed Hyder Yahya, Local Governance Specialist of the UNDP talked about the LG act of 2013. He said that such indigenous instruments will be a first step in development of local government system. He, in his speech, stressed on strengthening the local government act for providing better  municipal services to the common man.

Mr Inayatullah Khan, Minister for LG talked in detail about the LG in the West, in Islamic history and their comparison with existing laws. He said that not only administrative but also social political and financial powers must be devolved to the LG so that they may be in a better position to serve people at local level. He also described unique nature of the LG act 2013. He said that there would be more than 44,000 people elected from the KP as LG representatives; whereas Punjab will elect 42,000 representatives. From grade 8 to 15, the LGs of the KP will be able appoint people in their local setup. And its in the pipeline that the LG may be granted powers of appointment in health and education till grade 16. We are devolving powers and functions to LGs to empower them. According to Provincial Finance Commission (PFC), the finances will be devolved according to poverty, population, backwardness and lack of infrastructure. Therefore, PFC has been focused to be more democratic. There would be four Nazims representing LGs in the PFC.

Mr. Inayatullah, at the end of his speech took questions from the audience and answered candidly.