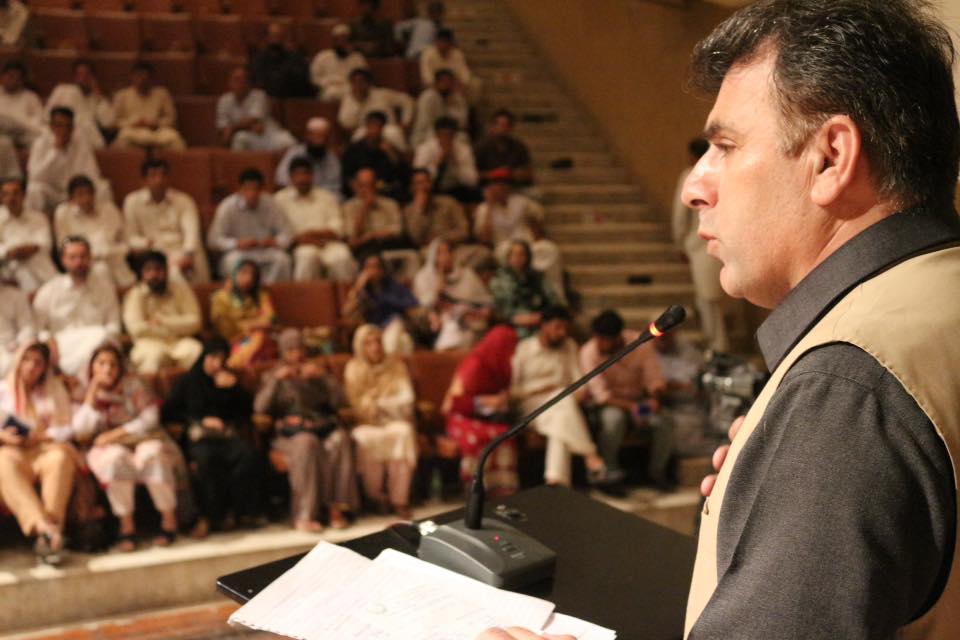 Owners of private schools walked out from a meeting between them and children’s parents to reach a consensus over the fee structure.

The school owners walked out to protest against the deputy commissioner’s late arrival to the venue. The meeting was held at Nishtar Hall.

The meeting was convened at 10am by Peshawar DC Riaz Mehsud to resolve the issue of increased school fees.

However, the owners were infuriated when the DC was over an hour-and-a-half late. After learning of the walkout, the DC reached Nishtar Hall but the owners refused to attend the meeting. There was also an exchange of harsh words.

“Though he is not the competent authority, we still wanted to meet to reach an amicable solution,” said Aqeel Razzaq, the president of All Private Schools Association (APSA). “Still, he kept us waiting for one-and-a-half hours.”

The owners shouted slogans against the DC, while parents did the same against owners.

Additional DC Usama Warraich demanded the owners apologise for their slogans against the DC and district administration. This further infuriated the owners who decided to boycott the meeting altogether.

Shahid Khattak, an office bearer of APSA, criticised the DC for his “bureaucratic” attitude and said he had wasted their time. He also criticised the government for its failure to provide security to schools and creating hurdles in issuing licensed weapons to them.

When the meeting started, the DC apologised for being late and explained he was busy with other official work.

He alleged private school owners started fleecing parents in the name of security fee after the Army Public School massacre.

Referring to a private school without naming it, the DC said the institute started charging Rs595 per month and was now collecting Rs2.8 million per month altogether from its 700 or so students.

“Its total monthly security expenses are less than Rs0.1 million. This is unfair and the district government will formulate standard operating procedures to categorise schools and fix tuition fee,” he said.

He said a committee would be formed comprising the district nazim, two representatives from APSA, as many from the consumers’ committee, the press club president, chairman of Peshawar Board of Intermediate and Secondary Education as well as members of the education department.

The committee will decide fee structures keeping in view the quality of education as well as transport and security charges.

The parents criticised school owners for fleecing them in the name of security while providing no facilities. The schools lacked playgrounds, laboratories and pay meager salaries to teachers while increasing the fee every year, they claimed.

They demanded the government streamline the private education sector and ensure every school meets the required criteria.

Talking to The Express Tribune, Razzaq said there are around 25,000 private schools across the province with no proper fee mechanism.

He said fee structures were between Rs2,000 and Rs15,000 for each student per month. He suggested every school owner should increase fees in accordance with their own budget.