Home / News and Events / Education on the backbench

Education on the backbench 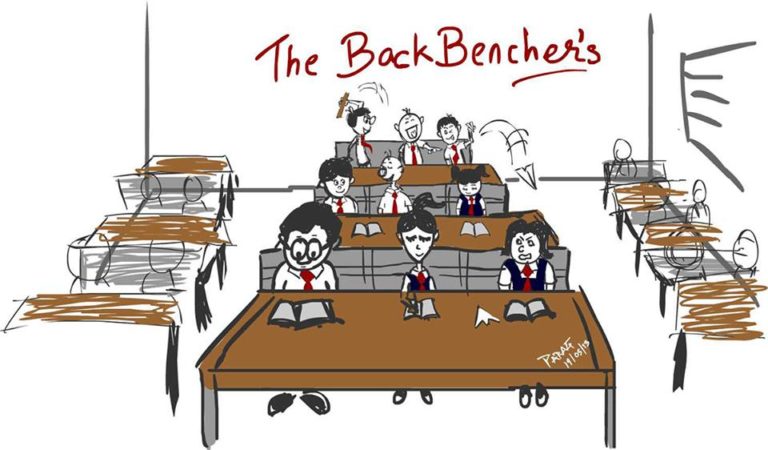 The issue of increase in tuition fees by private schools is not new and has been debated upon much in the past. But with the devolution of education after the 18th Amendment, each province has a different case to deal with.

Last year, negotiations between school associations and the Punjab government resulted in an agreement that ‘if there is a reasonable justification for increasing existing fees at more than 5 percent, the school in-charge, at least three months before the commencement of the next academic year, would have to apply to the registering authority incorporating a justification.’

This year, the Sindh High Court quashed a government rule which restricted increase in tuition fees by private schools to five percent, terming it ‘constitutionally impermissible.’ The provincial government, on the directions of the court, formed a 12-member committee which was tasked to draft rules for fee regulation. Amid ongoing deliberations, the parents and schools have agreed on an inflationary mechanism.

Khyber Pakhtunkhwa, however, has become a battleground between private schools and the state. The Private Schools Regularity Authority Act 2017 had previously allowed a 10 percent annual raise in fee for private schools in the province. But in November last year, the Peshawar High Court in a judgement directed the province’s Private Schools Regulatory Authority (PSRA) to allow increase in tuition fees by private schools not more than three percent per annum, not allow charges of more than half of the tuition fee from second and third children of the same parent(s) and 50 percent of the tuition fee during vacations of more than 30 days.

When a vast majority of private schools in KP observed a two-day strike in response to these orders, the PSRA requested the State Bank to seal the accounts of 22 non-compliant schools. Around 40 ‘non conforming’ private schools have already been sealed earlier.

This decision sent shockwaves across the country. A prominent school in Karachi has sent an open letter to parents, teachers and officials in the education department in which it has expressed concern over a period of uncertainty in private education in Pakistan. Schools fear that the government is deliberating on a “pseudo-de-facto-nationalisation” of private schools, much as they did in the early 1970s, a move largely believed to have brought down the education system in the country.

In the letter, the association does not hesitate to say that the recent regulations imposed in KP ‘if not struck down by the Supreme Court, would sound the death knell of private education in KPK ….and would then flow over to other provinces in the country.’

Sources reveal that a mainstream network of education institutions, running hundreds of schools across the country, has already started buying property overseas and plans to shift its investment abroad if it becomes inevitable. And this is happening at a time when half of the 50 million children of school-going age in Pakistan are not attending school and when public schools are openly criticised for poor infrastructure, lack of teachers and low standard of education.

Pakistan Education Statistics 2015-16 reported that in the same year there were more than 150,000 primary, middle and high public-sector schools across the country, out of which more than 6,000 schools were non functional and more than a 1,000 closed. From the state, these are the schools available for nearly 50 million children of school-going age in the country. Where the private schools enter to fill the gap at a cost, they are being overly regulated to push them to a point where they may not be able to operate at all.

Imagine a situation where private hospitals are struck down with orders, restricting the fee they charge from their patients for services provided. If the regulated price structure imposed does not cover the cost of investment incurred by the hospital administration on infrastructure and its maintenance – usually in a wide contrast to government hospitals, latest technology and equipment – what would be the result? Since provision of healthcare is a responsibility of the state, hospital owners would simply shrug their shoulders and choose to shut down their businesses.

Imagine if this situation emerged in the education sector of the country. Already, it seems close to reality. With hundreds and even perhaps thousands of schools feared to be shut down if they are forced to operate in unrealistic conditions, many more hundreds of thousands of children will have no schools to go to. State-run schools, already low in number, and a few missionary and NGO-run schools would not be able to accommodate the influx of students. They would also not be able to hire all the unemployed school staff and pay them their previous salaries, nor bear the rental expenditures of abandoned buildings. With many decisions that will be taken in the next couple of months, there is a frightening possibility that when children return after their summer vacations, they may find a lock on the main gate of their schools.

For far too long has criticism been pointed in the wrong direction. Parents, private schools and every segment of society must demand from the government to provide quality education as ordained in the constitution of Pakistan rather than force the hand of private enterprise to fulfill the duties of the state.

In the short-to-medium term, the fee issue can be solved with consensus, not with an iron fist. A regulatory mechanism, agreed to by all stakeholders, is the key to the solution. In the long term, the government must fulfill its constitutional obligations.