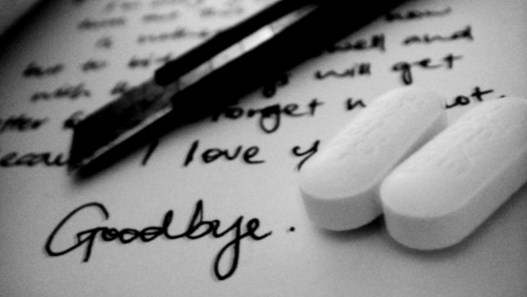 A teenager allegedly committed suicide in a village of Jarral union council of Abbottabad on Wednesday.

An official of Sherwan police station told The Express Tribune 16-year-old Aiman was preparing for her annual exams. “She had an exam on Tuesday but failed to answer compulsory questions,” the official said.

“When Aiman came home after the exam, she was upset. She kept telling her mother that she would fail the exam.”

He added, “On Wednesday morning, she got hold of her father’s pistol and shot herself.” Aiman was rushed to the hospital but could not survive.

Last month, an Intermediate student of Government Girls College, Quetta had committed suicide after the college principal allegedly refused to send her examination forms to the board.

Principal Abida Ghous had refused to accept Saqiba’s admission for Intermediate exams. “In the wake of the principal’s decision and the deadline for form submissions fast approaching, my sister lost hope and committed suicide by taking poison,” Saqiba’s brother Aizazullah Kakar said.

Principal Abida Ghous has withheld examination forms of three other girls, he said appealing to the authorities to intervene in the matter. He said Saqiba loved to study and was raising her voice for the promotion of girls education in her impoverished area. She had even led a campaign against the college principal who, according to Aizaz, was ruining the academic environment of the institution.