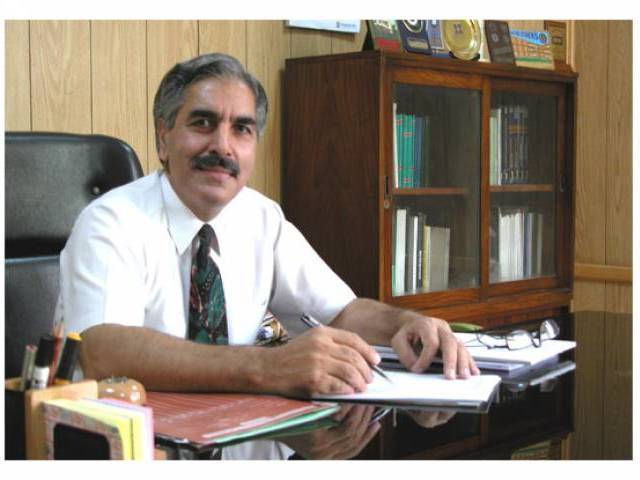 Merit has allegedly been violated at University of Engineering and Technology Peshawar as favoured faculty and staff have reportedly been appointed to the US Pakistan Centre for Advanced Studies in Energy (USPCAS-E). The USAID-funded programme offers lucrative packages as part of their investment.

The five-year (2013-18) $15 million initiative is a partnership between UET Peshawar, National University of Science and Technology (NUST) Islamabad and Arizona State University. The aim is to generate knowledge in the energy sector which can contribute to cost-effective and sustainable solutions to the problems faced by Pakistan. The primary objective is to educate and train the next generation of scientists, engineers and policymakers through innovative academic programmes focused on applied research.

He said project director Dr Najeebullah, who is a lecturer in the Department of Basic Sciences at UET, was appointed without considering the requirement for the position. He claimed Najeebullah has no experience of project management and was handed a crucial project by Gillani.

According to the official, Najeebullah also violated the requirement of five years of service at UET after completion of a PhD—sponsored by the varsity—in the UK. The condition for these fully funded students upon return is to strengthen Jalozai Campus where Najeebullah is yet to give a lecture.

He said no competitive procedure was followed for the director’s appointment; several other UET employees have been given management positions. These include procurement, communication and human resource managers.

The official added in the case of the HR manager, UET Deputy Registrar Saima Hassan was appointed although she has an engineering degree and no qualification in human resources.

The qualification and experience requirements advertised by UET included engineering. While this matches Hassan’s CV perhaps, the official said she was interviewed by a panel which included her close associates, creating doubts over the transparency of the selection process. Two professor-level faculty members joining USPCAS-E has affected the already existing academic programmes which lack the necessary faculty.

When contacted, USPCAS-E at UET Peshawar Director Dr Najeebullah told The Express Tribune he was appointed to the centre due to his remarkable achievements during and after his PhD.

“I got my PhD degree from the University of Cambridge’s Department of Material Science and Metallurgy and was sponsored by the Higher Education Commission of Pakistan (HEC).” Najeebullah added he was appointed director for this new initiative by the then vice chancellor as the latter was interested in establishing a centre to be led by an entrepreneur. The aim was to produce leaders who think out of the box and solve indigenous crises, he said.

On the surface of things, governance has been improved by introducing human resources, finance and procurement policies. USPCAS-E has developed a curriculum for 22 courses of international standards and repute, he added. The director pointed out that two master’s programmes have begun for Electrical Energy System Engineering and Materials for Energy Storage and Conversion.

“The centre is in its final stages of procurement and soon we will establish state-of-the-art labs in the field of energy.

Under my leadership, USPCAS-E has leveraged Rs20 million from the provincial government. It has also sent its first cohort—12 students and one faculty member—of exchange students to the US,” he said, highlighting the achievements under his leadership.

“I have a bond with UET that I will serve the institute for five years after completing my PhD. The Centre for Advanced Studies in Energy is a regular department like others [except seed funding is provided by USAID and it is a project initially for five years] – I am serving.”

Individuals are not responsible for the selection of someone at USPCAS-E, he said. Najeebullah added the HR manager was appointed by a proper board which included members from outside UET and all due diligences was taken. “For the sake of transparency, we have also video recorded all the interviews.”

UET Acting Vice Chancellor Professor Dr Iftikhar Hussain appreciated the project. About the reported irregularities and illegal appointments, he said all were made by the previous vice chancellor and senior USAID officials were part of the board.