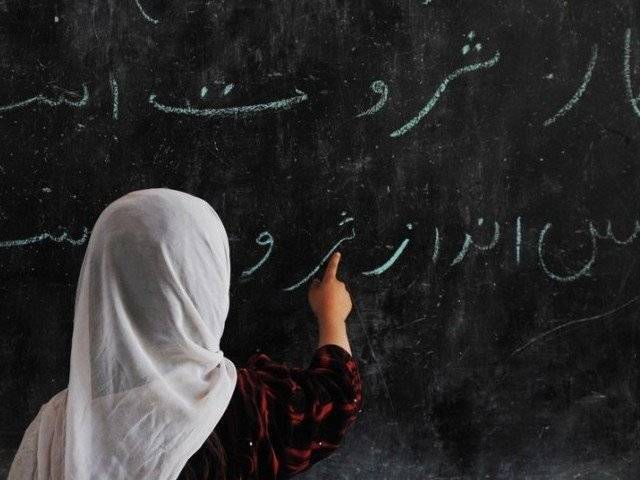 Closed for nearly 25 years, Government Girls Primary School (GGPS) Mattani No1 in Peshawar district reopened for girls on Wednesday. Classes could not commence at the school for over two decades as owners of the land would not let teachers and students enter the building because of a land dispute. Finally it was agreed that one relative of the owner would be appointed at the GGPS.

Residents say except for GGPS Mattani, there was no local school for girls in the area.

“Today was the first day of the school,” Peshawar District Education Officer Ulfat Begum told The Express Tribune. She added 48 girls were enrolled on the first day and the administration was directed to increase facilities according to the student body strength.

She said since the last 25 years the school’s doors were closed.

Ulfat Begum added the property owner was not allowing the school to function as he wanted the administration to appoint two of his relatives at the facility. They visited his house several times to convince him. A week ago the education department appointed his son as a class-IV employee and the owner allowed the school to reopen.

“The school has three classrooms and so far we have three teachers,” said Ulfat Bibi. But they were planning to increase the number of teachers as well as classrooms. “Locals were very cooperative and they wanted their children to get an education.”

Ulfat Begum said 26 girls schools were closed in Peshawar, but with their efforts, the number has reduced to eight. At least five schools in the district were previously occupied by security forces but have now been handed over to the education department.

Locals appreciated the reopening of the girls school in Mattani.

“There is no high school for girls in this area and the government and authorities should take notice of the issue,” said Wasiullah. He added first the locals were against educating females, but now the situation had changed; all people want their girls to get an education.

The Khyber-Pakhtunkhwa Elementary and Secondary Education department said the primary school was established in 1990, but remained closed over a land dispute.

The owner wanted his family members to be appointed at the school, but the government was reluctant initially.