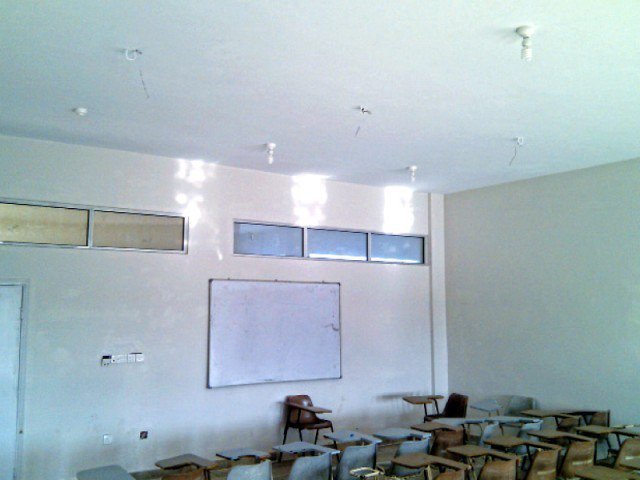 Interactive whiteboards have been installed at 100 government higher secondary schools across the province to ensure new and improved teaching methods are introduced into classrooms.

This was stated in documents issued by the Khyber-Pakhtunkhwa Elementary and Secondary Education department.

“The whiteboards have been installed as part of a pilot project that aims to use information technology to transform the education system,” K-P Elementary and Secondary Education Department Chief Planning Officer Idrees Azam Khan told The Express Tribune on Monday. “The project will be extended to other schools.”

According to Azam, the interactive whiteboard is a display panel which can function as an ordinary writing board.

“It can also be used as a projector screen on which you can operate a desktop,” he said. “The screen can be controlled with a finger or with a special pen. It operates in a similar manner to a touchscreen phone.”

Azam added such whiteboards are used during lectures in classrooms where it can perform multiple functions – images can be printed with the help of it and data can be saved to a computer.

The initiative has been lauded by Alif Ailaan Regional Coordinator Umar Orakzai. Speaking to The Express Tribune, he said the introduction of interactive whiteboards will serve as a positive step that could change the fate of education at government schools.

“For several decades, blackboards have been used at government schools,” he said. “The interactive whiteboards will introduce new methods of learning.”