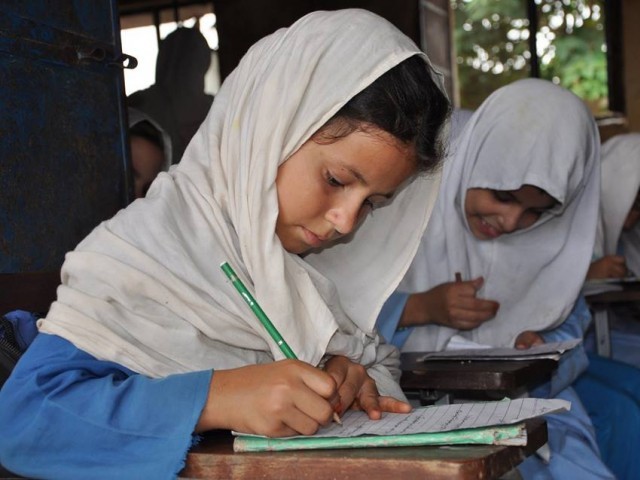 The Elementary and Secondary Education (E&SE) Department’s sudden decision not to hold centralised examinations of grade-V and computerised checking of papers has put the students and teachers in a dilemma in Khyber Pakhtunkhwa, according to officials.

The education department had decided in Oct 2015 that from March 2016 students of the grade-V would go through the centralised examinations to be conducted by the Directorate of Curricula and Teachers Education. It was also decided that papers of six subjects, including English, Urdu, Islamiyat, Social Studies, Mathematics and Science, would be of multiple choice questions (MCQs) to be checked through computerised system, the sources said.

This decision was taken for the proper assessment of students as the education department was not satisfied with the existing mechanism of examinations, they said.

The education department had also provided model papers of MCQs to the primary schools so as to make the students familiar with the new pattern of examinations, he said. The students have not learnt the long questions because there was no need of that after the government’s decision to introduce papers of MCQs, they said.

“Now only 20 days are left to start of the examinations on March 7. It is impossible for the students to memorise the long questions of six subjects in such a short time,” he said.

In desperate efforts, he said, the headmasters had requested the principals of the high and higher secondary schools to prepare MCQs papers for the grade-V students. But they denied to do so rather saying that they would follow the instruction of the education department, the headmaster said.

Currently, the principals of the nearest high or higher secondary schools are responsible for preparing question papers and conducting examinations of the students of grade-V.

Another primary school headmaster told Dawn that they had urged the principals of the high and higher secondary schools to divide the papers of grade-V into long questions and MCQs to facilitate the students to some extent.

“We have categorically asked the assistant education officers of the respective circles that it is impossible to prepare the students for the old pattern of examinations,” he said.

Talking to Dawn, an educationist said that the education department should stop playing with the future of students enrolled in the government schools through its unwise decisions.

Provincial Minister for E&SE Mohammad Atif Khan, when contacted, said that the estimated cost of the centralised examinations was Rs230 million. So to save this amount, he said, seven education boards had been assigned the task to conduct the grade-V examinations.