Home / News and Events / Laptops given to varsity students

Laptops given to varsity students 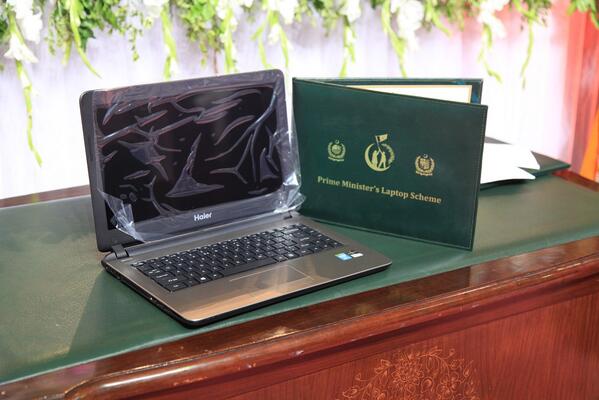 Twenty-seven laptops were on Friday distributed to MPhil and PhD scholars of the University of Peshawar under the Prime Minister’s Laptops Scheme at a ceremony at the Governor House here.

On the occasion, Sabir Shah said that the students should play positive role for the country’s development as they had to shoulder the future responsibilities.

He said that the federal government was facilitating the students to excel in research work and information technology.

He hoped that now it was the responsibilities of youth to use the laptops in a positive fashion.

The PML-N provincial president said that Prime Minister Nawaz Sharif had directed to provide best opportunities to youth, adding that launching of different programmes like prime minister scholarship reimbursement and loan schemes were part of the PM’s vision for the welfare of youth. “The prime minister and his team are trying their level best to pull the country out of the chronic problems and put it on road to progress,” he added.

Earlier, coordinator of the Prime Minister’s Laptops Scheme, Makhdoom Adeelur Reham, said that 100,000 laptops were being given to the talented students all across the country. He said that under the Prime Minister’s Reimbursement Scheme, Rs1.2 billion had already been distributed among 50,000 students from the underdeveloped areas of Pakistan such as Fata, Balochistan, Sindh, south Punjab, Gilgit-Baltistan and AJK.