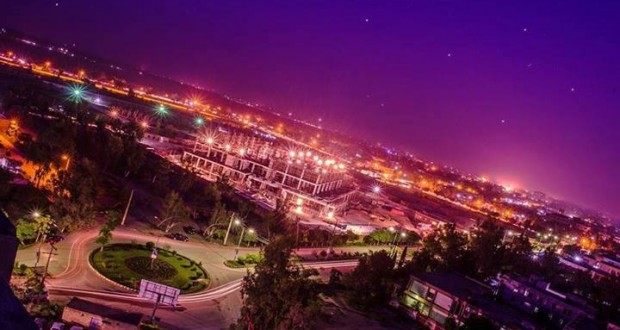 Urbanization and expansion of backward areas is a prospering concept among the policy makers of the world. Efforts are being made for development of urban areas worldwide. In the continuum of various events, every year Asian Townscape Awards are held to honor the struggles of a developing city in making itself better and advanced.

2016 Asian Townscape Awards are organized by UN-Habitat Regional Office for Asia and the Pacific in cooperation with Asian Habitat Society, Fukuoka Asian Urban Research Center, and Asia Townscape Design Society. The Award objects to highlight and acknowledge the sturdy efforts made by different Asian cities, councils and organizations for the enhancement, revitalization, and upgrading of a beautiful townscape which yields safety, sustainability, and cultures.

The international and respected jury for the event has selected Pakistan’s beautiful city Peshawar and its project titled “City Beautification and Uplift Programme”, to honor with Townscape Award 2016. The award ceremony is planned to be held in Yinchan City, China on 29th October 2016. The ceremony will be crowded with planning officers, government workers and private organizations working for urbanization.

The festive news was delivered to the Government of Khyber Pakhtunkhwa via an official letter from the honorable jury. Cities and towns from numerous cities participated in the event and only Peshawar was selected for its strenuous efforts in making the city more attractive, progressive and sustainable.

The Jury has set stringent and elaborate criterion for the selection of city for Townscape Award. The prime focus of the jury was on the developmental strategy of the city. The strategy must be fiscally sound, socially habitable and environmentally endurable. Another standard for selecting the winner was the inclusion and veneration of city’s history, culture, norms, art, and artists.

The steps taken by the KPK Government under the “Beautification and Uplift Programme” received massive praise from the members of the jury. The program. The program inculcates 40 sub-projects who are either completed or just closing in.

These projects include widening of highways including Jamrud road, construction of footpaths and sidewalks, recreational spots along with the bank canal, making food courts, provision of better municipal services renewing pipelines and chlorination for healthier drinking water.

To promote tourism, cultural values and history of the amazing city of Peshawar, the program also included projects like the restoration of old and weary historical buildings and monuments, renovating tourist sites and public places, ferry services on River Kabul, race track and other sports and recreational activities.

Another key feature of the program was the provision of facilities for the women of the city. Ladies club, gym, indoor games, swimming pool, sitting lounge and movie theaters were also marked under the program.

Appraising all these steps taken by the KPK Government, the jury realized the true potential in these steps and their everlasting effect on the people and environment of the city of Peshawar. The jury seemed to be inspired by the efforts of Khyber Pakhtunkhwa Government and in hopes of making Peshawar a model city.