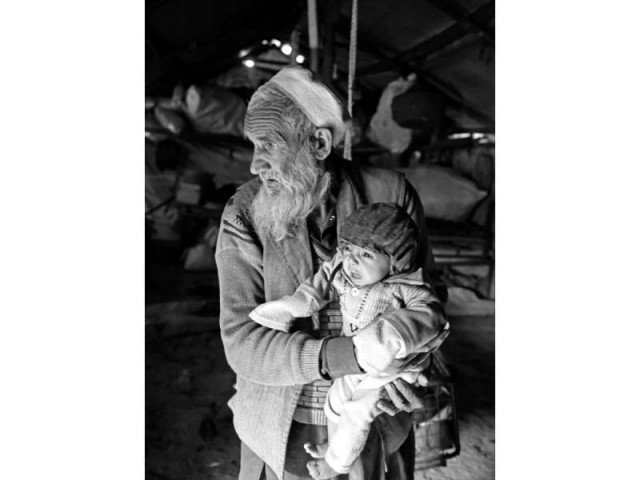 There is more to the tribal areas than what grabs headlines. A photography exhibition held in Peshawar University aims to showcase these hidden facets of the region through breathtaking images.

The exhibition titled ‘Beyond the headlines of terrorism and violence’, kicked off at PUTA Hall of University of Peshawar on Friday. The event has been organised by Médecins Sans Frontières (MSF) and will continue until September 8.

A large number of photographs showcased at the exhibition present realistic and refreshing look on life in the Federally Administered Tribal Areas.

Speaking on the occasion, MSF Media Manager Shaista Aziz said she had taken the photographs during her trip to Kurram Agency.

“Through this exhibition, we want to put a spotlight on those aspects of Fata which do not receive media attention but represent the true face of the region,” she said. “The photographs document the tribespeople’s way of life.”

According to Aziz, her lens captured the sights and flavours of Fata.

Each photograph tells a story of the region’s history and culture. Some of them bear a feel-good quality while others delve into the fractured spaces between pain and grief.

Aziz was particularly interested in the state of health care in Kurram Agency.

“I was deeply moved by the lack of medical facilities available to the tribespeople,” she said. “I visited a hospital where a number of children had been admitted. It was a tragic sight seeing so many people in distress. The only thing I could do was photograph this moment just to highlight the plight of the tribespeople.”

The photographs narrate the hidden stories of survival that have been overlooked against the backdrop of militancy and warfare.

“Many locals have been forced to evacuate but still manage to live with dignity and grace,” Aziz said.

The exhibition is being attended by a large number of people.

“We have to show the world that militancy is not our biggest challenge,” Younis Afridi, a social worker told The Express Tribune. “On the contrary, we need to provide education and improve infrastructural facilities. Only then can we improve the tribal life.”