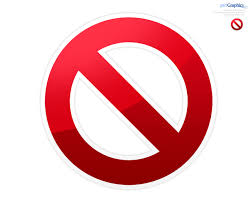 National Education Council (NEC) deputy chairman Nazar Hussain told a news conference at Peshawar Press Club that the Peshawar Development Authority had given an advertisement in the press to sell plots of private education institutions through an open auction but the private schools’ owners would oppose it at all costs as it was against the Provincial Assembly Act 1992.

He said the government’s decision was tantamount to putting education up for sale.

“The plots were allotted to private educational institutions but now government is bent upon auctioning them which is wrong. We, all owners of private schools and colleges, want the plot auction canceled immediately otherwise we will agitate and move the court against it,” he said.

He said PHC had also given a verdict against the disposal of properties of private educational institutions through proper draw and auctioning in 2012.

“The government should stop Peshawar Development Authority from the illegal auction as the authority has already accepted policy of allotment of plots to private education institutions under the Provincial Assembly Act, 1992. PDA had allotted a number of plots to private schools by following the Act but now it is auctioning them in the open market in violation of the government rules,” he said.

The NEC deputy chairman said no statutory body had made any specific legislation regarding auctioning of plots allotted to private education institutions in the province, so the move of PDA was totally illegal and unconstitutional.

He said the Provincial Assembly Act, 1992 existed for transparent and fair allotment of plots among the private educational institutions.

Flanked by principal of Islamic Model School Rais Gul Khattak and head of Aims Children Academy Azam Qureshi, Mr Hussain said the committee constituted by former provincial government in this respect was unconstitutional as no representation was given to relevant stakeholders in it and therefore, there was no legal status of the committee.