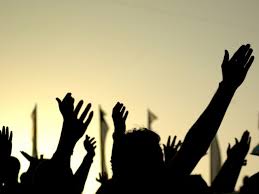 The government employees took to streets here on Tuesday to reject the 10 per cent raise in their salaries, announced by the government in the annual budget.

The protest was organised by local chapter of All Employees Coordination Council (AECC). The protesters demanded of the government to increase their salaries according to the price hike.

The protesters, majority of them teachers, took out a rally from Balambat and marched on the road. Carrying banners and placards, they chanted slogans against the federal and provincial governments.

They said that government made a fun of employees by increasing their salaries just by 10 per cent. The salaries of ministers and lawmakers were increase by 200 per cent, they added.

They demanded of the government to increase their salaries according to price hike and abolish tax on salaries. They threatened to lock the government offices and educational institutions if their demand was not met.

A meeting of the advance studies and research board of University of Malakand was held to discuss and approve topics for the theses of MPhil and PhD scholars.

The board discussed, examined and approved research topics and proposals for MPhil and PhD scholars in various departments of the university including Islamiat, computer science, chemistry, physics, bio-technology and management studies.

Addressing the meeting, Vice-chancellor Dr Johar Ali Khan said that the university was striving to achieve excellence in the field of education.