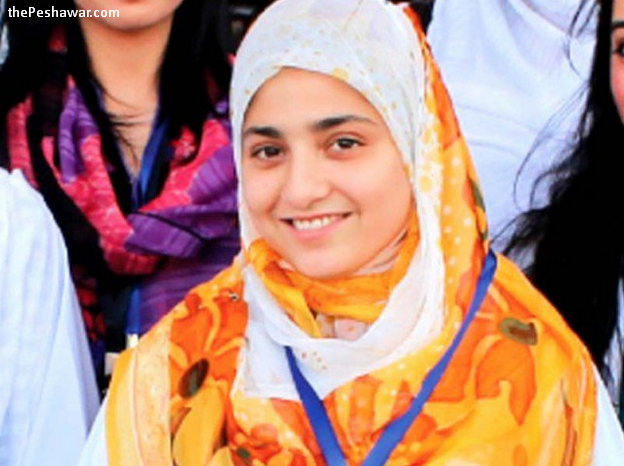 Khyber Medical College put together a seminar to mark International Thalassaemia Day on Friday where a student battling the disorder shared her awe-inspiring story.

Twenty-two-year-old Sarah Ihsan is a senior at Peshawar Medical College. Ihsan has thalassaemia major. Yet the disorder has not been able to keep her from gathering numerous laurels. She topped college in her junior year and will graduate with a BDS degree this year.

“Many a time before going to sleep, I mull over my condition. Yet I have never let it get the best of me and will continue to struggle against it till the end,” she told The Express Tribune. Sarah also won the United States Academic Declathon presidential award in Los Angeles, California in 2007.

Sarah was of the view that thalassaemia is not a disability but a need. “When you are hungry you need food. When you are short of blood, you need it injected. It’s that simple,” she maintained.

However, the soon-to-be dentist said parents should adopt precautionary measures in order to save their children from the condition. Former secretary health and the ambitious student’s father Dr Ihsanul Haq said his daughter is an example for all those who lose the battle against thalassaemia mentally.

Speaking at the seminar, Minister for Health Shahram Khan Tarakai assured the government will do all that it takes to facilitate patients.

“Sarah is a role model for all of us. We will make sure every thalassaemia patient receives support for treatment,” he said, adding the government is determined to prevent the disorder and this is the reason why Rs600 million have been set aside to keep the control programme running for three more years.

Thalassaemia Federation of Pakistan President Mian Atiqur Rehman said K-P has 50,000 carriers of the disorder, with over 24,000 suffering from thalassaemia major. The latter is a preventable hereditary of hemolytic anemia, the most severe form of anemia.

“There are approximately 0.3 million thalassaemia carriers in the country,” he said, urging the government to allocate a minimum of 5% of the health budget for the disorder’s control. “Specified wards should be set up in hospitals across the province,” he said. Speakers also stressed upon awareness initiatives and said couples should be tested for the disease before getting married.