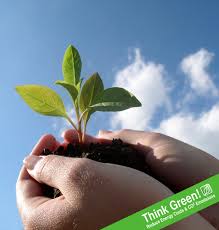 Speaking on the occasion, Manager, Smeda, Rashid Aman Khan said they are taking first step regarding linking academia and industries.  In this connection, the authority will involve some students of the university with industries for capacity building on energy.

He elaborated the concept of the energy audit management campaign and said that though project is industries specific, but academia has to play major role in this regard. He said that the project will go a milestone in the development of academia and industry linkages in the province.

IS&EBSC, Smeda Khyber Pakhtunkhwa had launched energy audit management campaign and has joined hands with various universities on matters relating to efficiency and renewable of energy.

He assured the students that the final year engineers will be given priority wherever any such project initiated in future. He said that the university concerned will give recommendations to involve them in future projects. The initiative, he said will not only help in capacity building of young engineers, but will also generate employment opportunities for them.

Management Associate, IS&EBSC, Khyber Pakhtunkhwa, Engineer Hidayatullah Khattak said that like Punjab and Sindh, they had also started activities in the province and will conduct energy consumption audit of the industrial units and introduce measures for the promotion of energy conservation.

He highlighted the achievements of Smeda regarding energy saving in different industrial sectors. The seminar also focused on various potential forms and viable renewable energy resources including solar, biomass and micro hydel.

Vice Chancellor, Sarhad University, Dr. Saleem-ur-Rehman thanked Smeda for organising the seminar to enlighten the students with the issue of energy effi-ciency and management. He said that our university will wish to work with SMEDA in future.