Students advised to learn English to master their expression, ICP 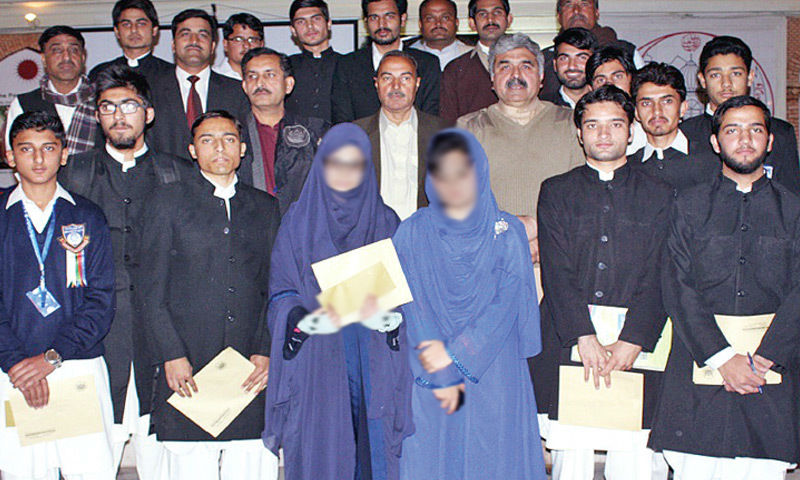 Speakers at an annual English day function here on Wednesday urged students to learn English language to master their expression and get communicated to more than half of the world.

He said that learning English was inevitable for students at all levels. He urged students to learn English to master their expression.

“I always enjoy such literary events at Khyber Union Hall because girl students are given equal opportunity to express their talent,” Rehana Afridi, a student from Bara subdivision of Khyber Agency, told this scribe. She said that Pakhtun girl students were not short of anyone. “They have talent and strength to express their hidden talent,” she added.

An interesting quiz contest regarding history of English literature and writers was also part of the annual event. Young Islamians in their speeches said that heroes, who were young in their thoughts and vision, never grew old. Heroes, they said, shaped history of the nations as they served as beacons of light for their people. “Leaders, who generate new ideas and show right track to their people, never grow old. World history is replete with such examples,” the speakers said.

Prof Rafiullah said that even Chinese were giving a lot of importance to English language to get an easy access to the world market. He added that learning English was a must for students around the world to share news and views.

“English being an international language has already become an effective tool for universal expression,” he said. He added that students should focus more on learning English if they wanted to qualify in competitive examinations. “It is very difficult to go a step forward in Pakistan without mastering English language. Mother tongue has its own place but learning English language has become a life style in developing countries,” Prof Rafiullah said.

“How can one better understand a particular subject if one does not properly value the language in which the subject is being taught,” he questioned.

Prof Abaseen Yousafzai, chief organiser of KSS, in his remarks said that organising literary events for young students had always been first priority of Islamia College. He said that Khyber Union Hall had produced great orators and literary figures.

“Taking part in literary activities fires imaginative flight of students. Students who perform on the stage of Khyber union, would never lag behind on any other platform,” Mr Yousafzai said.

A large number of students of various disciplines and programmes attended the event.