Students queue up in heat for domicile certificates in Peshawar 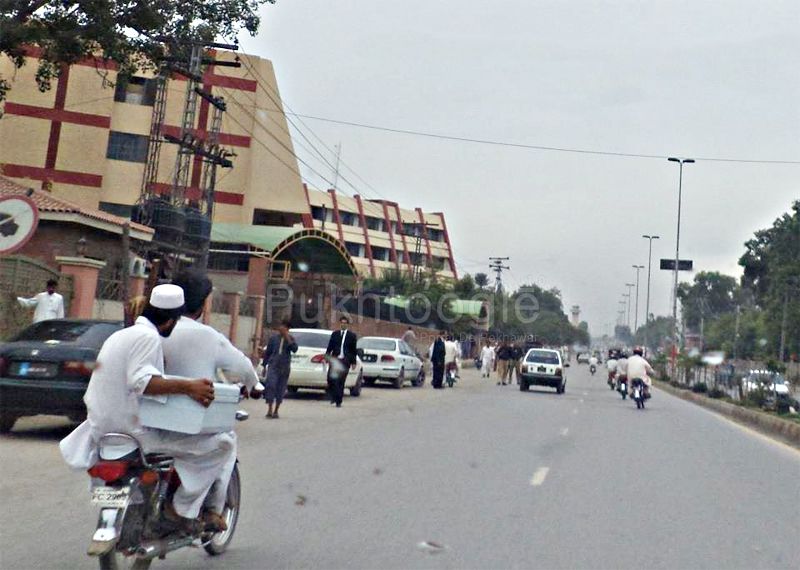 Sajid Ali stood in a long queue outside the deputy commissioner’s office in the city in the scorching heat to submit his form to obtain a domicile certificate.

“We have to go through a lengthy process,” Ali said. “There are only two employees who collect the forms and send them to the assistant commissioner for signature. This is why this is taking so long.”

Gone are the days when students could obtain the certificates by simply purchasing a form from a book shop, filling it out and submitting it to the local nazim.

Each year, after Secondary School Certificate (SSC) examinations are completed and the admission process for colleges begins, many of them face countless difficulties in obtaining a domicile. There is no way of escaping this process as the certificate is among the various documents needed for college applications.

Ali recalled the form was once available at stationery shops for Rs10. “However, now the form is only issued by the DC’s office for Rs30.”

Heat on the line

The line never ends for students and their parents who have to wait for long hours. As the country swelters through a heatwave, no arrangements have been made to provide shade or water at the DC’s office.

“Little has been done to provide students with shade,” complained Ali. “Some of them are fasting and have no choice but to stand in line in the heat.”

Habib Jan, the father of one of the students standing in line, told The Express Tribune the process of obtaining a domicile certificate is needlessly complicated.

“After obtaining the form from the DC’s office, we are expected to have them attested by a BPS-17 government official,” he explains. “We also need to get it attested by a legal representative on the court premises.”

According to Jan, students and their parents have to visit patwaris and gardawars to have their forms signed. “The form then needs to be counter-signed by a tehsildar,” he added.

After these formalities, forms are submitted to the DC’s office and can be collected on the same or the following day.

Speaking to The Express Tribune Feroz Shah, a spokesperson for the DC’s office, admitted the process of obtaining domiciles was complicated. “However, we are merely following the government’s policy,” he said.

According to Shah, they hired four officials to oversee the procedure and directed them to work quickly and efficiently and ensure no one was inconvenienced.

“The officials work from 8am to 5pm without any break,” he said. “They try their level best to provide facilities to people.”