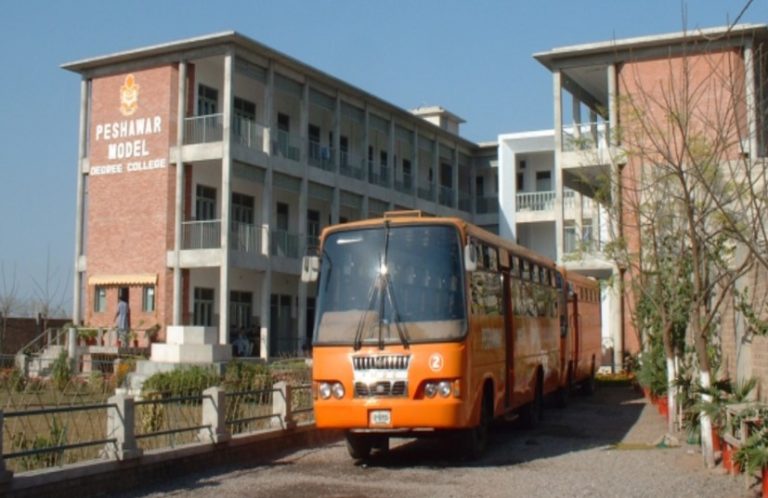 In the absence of any check by the government over the unbridled practices at the private educational institutions, strange things apart from the high fees and heavy fines have started happening there in the name of rules and discipline but none can hold their management accountable.

Peshawar Model School, one of the biggest chains of private educational institutions in the province, has introduced unique punishments.

It keeps the students out of the class for the whole day for not having the ‘school identity card.’ The students not availing the school transport facility and coming to the institution on their own also face the same treatment if they are late even by one minute. Also, a fine of Rs200 is imposed on them per day.

This was revealed by a group of parents. “This is the worst kind of punishment. It’s more severe than physical punishment. It not only causes mental torture to the young kids, but also wastes their precious time. Someone should take notice of it,” said the father of an affected student.

The school management doesn’t bother even to listen to the complaining parents. “So arrogant they are that they don’t even pick up their phones. The responsible persons in the management don’t bother to meet parents,” he added.

Ghayur Sethi, the owner of the school, had once told this reporter that their branches across the province had reached 25 where around 30,000 students have been enrolled. “The popularity and strength of the school may be the source of their haughtiness that they don’t care about any regulations or sentiments of the students and their parents,” the father of another student said.

On Saturday a number of students were not allowed to enter the class for not having the school identity card in the Mardan branch of the school for boys. The students were kept waiting in a veranda outside the administration offices till the school closing time. “This has become a routine. Every day a number of students are denied entry into the classes and they can be seen sitting outside the administration office,” one of the complainants said.

Ghayur Sethi could not be reached for his comments despite several attempts as he was not picking up his phone.

Mohammad Asif, administrative head of the branch, when reached by phone said that they had to implement their rules in view of the safety and security of the students and the school. He said without identity card they were unable to determine the identity of the students.

However, he was unable to explain as to why the students were allowed entry into the school building but were stopped from taking class the whole day. He was of the opinion that most of the students were habitual and they don’t bring their cards with them.

When reminded that some of the students were the most punctual ones and they have won awards for best attendance several times, he remarked: “Sometime, Ocho sara lamda swazee (dry and wet burn together).”

It is pertinent to note that the school charges each student Rs 250 for the identity card, which can easily be made for Rs20 in the open market. If calculated, the school earns millions of rupees from selling the card alone.

About the same kind of punishment awarded to late-comers, Asif said that they check their school transport every ten days and none of the school buses get late. He added that most of the students coming on their own come late to the school.

The situation on the ground, according to the parents, was different. They complained that most of the times they see the buses standing on the roads full of students and nobody ask them even if they reach the school late by hours. But if a student not availing the school transport gets late by even one minute, he is not only barred from the class but also subjected to Rs 200 fine per day.

Asif was of the opinion that the fines and punishment was aimed at sensitising the parents and promoting discipline among the students. He claimed that the fines were not levied for making money.

When reached for his comments, Chairman Board of Intermediate and Secondary Education, Mardan Dr Shaukat Hayat said that punishment of all kinds was banned in the schools. “Mental torture is worse than physical one. The schools should take care of it,” he said.

He said that they do receive complaints against the private schools mostly pertaining to fees. “This one is a serious complaint. I would definitely look into it,” he added.

He said that the board would form an inquiry committee and action would be taken in light of its recommendations.

Board of Intermediate and Secondary Education, Peshawar Chairman Prof Dr Fazlur Rahman told The News that the boards had the power to take action against private schools on matters pertaining to students’ punishment. He said that their powers on other issues mainly fees regulations were limited.  However, he pointed out that the provincial government has recently promulgated an act to regulate the private schools, which if implemented in letter and spirit would improve the state of affairs.

He said that whenever the board receives a complaint, it forms a committee to look into the issue. He noted that if the school management or a teacher is found guilty, stern action would be taken against them.

The action according to him include complete ban on the teacher concerned, termination from the school with advice to other schools not to hire him, fine on the school concerned, and warning to the school not to expel the student concerned from the institution.

It also merits a mention that the Peshawar Model School makes unannounced increase in fee every year during the summer vacation to avoid resistance from the parents. The monthly tuition fee has been increased several times in the past few years. “The fee for one student has reached Rs 4,200 per month during the past five years from Rs 1,700. This is the reason that the school is fast becoming unaffordable for students belonging to the middle class,” a parent complained.

Published in The News