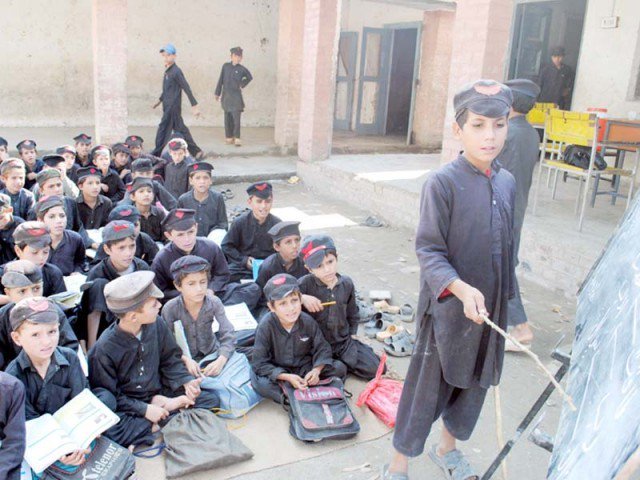 Despite education being called the utmost priority of Pakistan Tehreek-e-Insaf (PTI) government, the portfolios for both elementary and secondary education have still not been decided in Khyber-Pakhtunkhwa (K-P). Due to this reason several important departmental decisions have been left pending, awaiting the approval of higher authorities.

According to a K-P elementary and secondary education department official, wishing not to be named, children’s enrollment campaign has been scheduled for September 8, for which they have set a target of above 0.8 million children to be enrolled, hiring of new teachers has been scheduled for September 15. However, the laptop distribution ceremony and some other important activities still need approval of the head of the department.

Due to unavailability of responsible heads of the department these activities may suffer or not be completed as intended, sources shared.

However, some of the important portfolios like ministry for elementary and secondary and higher education, information, public health engineering, zakat and usher, home and tribal affairs, irrigation, energy and power have still not been decided by the party leadership. Muhammad Atif Khan who was minister of elementary and secondary education and energy and power in last PTI government in Khyber-Pakhtunkhwa has excused himself this time from taking the previous portfolio.

Talking to The Express Tribune the official informed that on one side there is no minister for the department while on the other hand the Elementary and Secondary Education Secretary Shahid Zaman has transferred to another department a day before while the additional charge has been given to Additional Secretary Arshad Khan.

The official shared that the plan for hiring new teachers is still pending while the distribution of laptops to the new teachers also awaits the approval of the responsible authority.

However, according PTI internal sources, PM Imran Khan wanted to convince Atif to run the elementary and secondary education department but he declined.

He said that incumbent Defence Minister and former K-P chief minister Pervez Khattak has showed his interest in the matter and convinced party leaders to assign this task to one of his relatives in the K-P government.

He said that there several departments are awaiting approval of higher authorities while in the second phase party leadership would assign the task to other cabinet members.