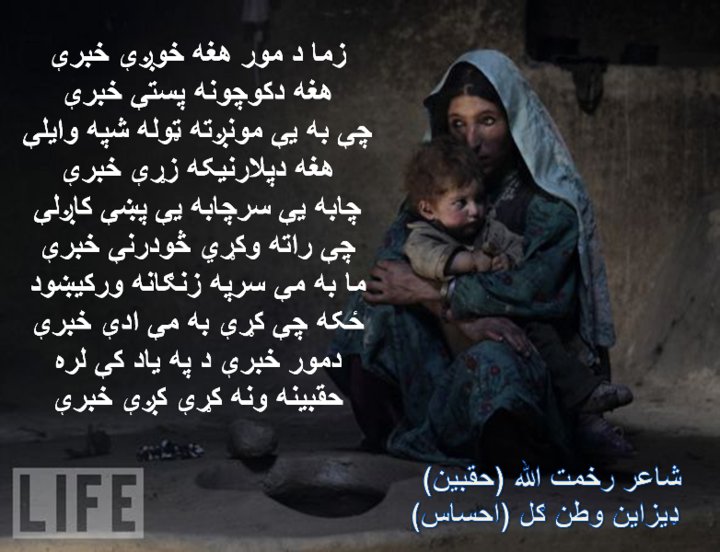 Few would have known it, but when Zari Layaq decided to write poetry, her aim was to capture the roots of Pukhtun culture between the lines of rhyme and metre.

As the daughter of Pashto poet and writer Layaqzada Layaq, poetry came naturally and provided her an avenue to explore her surroundings. At the age of 21, she has managed to compile her first collection of poems titled The Invisibles. The anthology comprises 90 poems which put a spotlight on Pukhtun traditions.

Zari has used poetry to explore her vision of a society where these values and traditions will have a place of their own. Still young, Zari has her own mark of distinction – unlike many other poets, she writes in English, not Pashto.

As a child, she developed a keen interest in poetry. In retrospect, Zari believes it was her father who helped her foster an interest in the genre. With time, she began reading classical English poetry and developed her own literary voice.

“I used to read the works of Wordsworth, Yeats, Keats, Browning and TS Eliot,” she recalls. Many years later, she went on to receive a degree in English Literature from the University of Peshawar, with a gold medal to show for her skill. Nevertheless, her poetry stays true to her roots and does not actively reflect “western views”.

Hailing from the Akhund Khel tribe, the 21-year-old believes Pukhtun women should not allow their aspirations of getting an education to be sacrificed on the altar of cultural values or vice versa.

“Pukhtun traditions and norms don’t make women less progressive or leave them short-changed,” she explains. “On the contrary, these norms can help women get through some major challenges in life.”

According to Zari, Pukhtuns should not give up on their own culture, their identity. “My poems aim to highlight these norms and use them to convey the message of peace,” she adds.

If poetry offers a criticism of life as we know it, Zari’s work holds a mirror up to society and reflects its stark reality.

“I have tried to paint a realistic picture of our society,” she tells The Express Tribune. “Poets should draw attention to the true nature of their society. Only then can they challenge social problems.”

In the following stanza, she draws on this theme to convey the importance of Pukhtun culture:

“Life has many shades and dimensions,” she explains. “At times, it is difficult to understand, but once we sift through its many layers, life becomes promising.”

One of Layaq’s poems follows a similar logic and provides much-needed answers to the many questions some might have about life’s finality.

Layaq’s poems also explore the importance of social justice and shows how it is carelessly distorted to serve the narrow interests of the elite.

This theme recurs in a large number of poems in the anthology. According to Layaq, her work depicts the need to improve the plight of the underprivileged.

“The best way to live is to add colour to the lives of those who live in abject poverty,” she says. “We must put an end to their despair and bring a smile to their faces.”