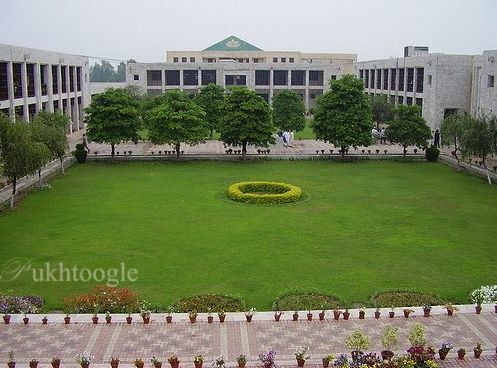 The administration of Agricultural University, Peshawar expelled 11 students for their alleged involvement in a clash on the campus wherein a student was killed. The decision was taken in a joint meeting of all deans, heads of teaching and administrative departments and section heads of the university. The meeting also approved a cleanup operation in the university’s hostels to purge the institution of arms, ammunitions and outsiders.

A neutral student Altaf Alam had sustained serious head injury when two groups of students exchanged fire in the university on Tuesday last. The injured student remained in comma for some time and breathed his last in the hospital. The incident forced the administration to take some necessary decisions to avert such ugly incidents in future.

The participants of the meeting condemned the incident and expressed their shock and grief over the loss of life of an innocent student. They said that wrangling amongst different groups of students was the main cause of the unfortunate incident.

The university management affirmed the commitment of zero tolerance for politically motivated violence and indiscipline of any sort, saying the violators would be dealt with an iron hand.

The participants of the meeting said that a handful of miscreants would not be allowed to play with the future of students. They added that a conducive and peaceful academic environment on the campus would be maintained at all costs.

The meeting unanimously decided immediate expulsion of 11 students involved in the incident in the light of the Supreme Court of Pakistan verdict of 1993 and imposition of ban on their entry in the campus.

The meeting was informed that some of the accused persons were arrested and efforts were made to apprehend the others charged in the case.

The meeting decided that a permanent mechanism would be devised and implemented to ensure daily screening of the hostels for targeting outsiders and unwanted material. All the university entry and exit points would be properly guarded through police and their opening and closing timings would be strictly observed.

Similarly, the road in new development farm leading to Nasir Bagh Road would be allowed only for vehicles bearing university stickers.