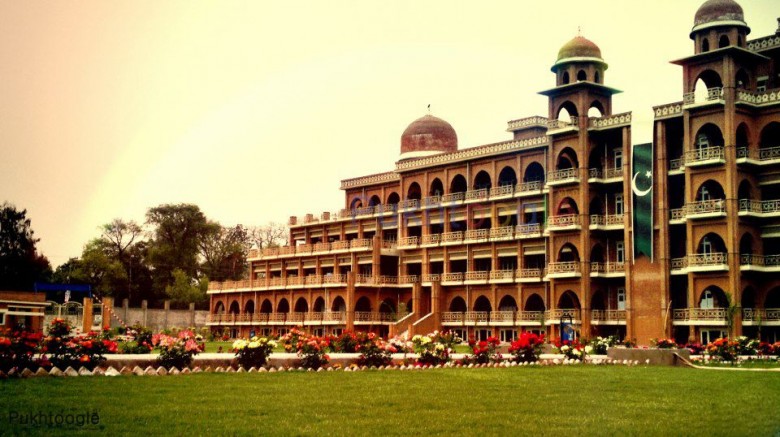 The order was issued by a division bench of Justice Waqar Ahmad Seth and Justice Musarat Hilali during the hearing of a petition filed by Zaghem and other fellow students through their counsel Khurshid Khan.

The court was informed that the students are currently pursuing their fourth semester but had failed one of the examinations in their first semester. The students also want to pass their stalled paper along with others in the final examination of the last semester.

“The college issued an order regarding the examination, saying unless the stalled paper from the first semester is cleared, the students cannot appear for the exam for the fourth semester,” Khurshid Khan told the court.

He also told the court the students attended their classes for the entire semester and also paid their fee. It was not until the end of the semester that the university told them they could not take their examination because one of their papers was stalled. “The order is not legal and could affect the entire career of these students,” he said.

The court then suspended the order restraining students from sitting for the examination. It also sought comments from the principal and coordinator of QACC along with the registrar of University of Peshawar.

In another case, the same bench also restrained the police from arresting four Afghan citizens whose warrants were issued by the Peshawar deputy commissioner under Section 3 of Maintenance of Public Order Ordinance 1960.

“The government can prevent any person from acting in a manner prejudicial to public safety or public order by issuing an order in writing to direct his or her arrest and detention,” the section reads.

The Afghan nationals, Yousaf, Ghulam Mufti, Raz Muhammad and Suhbat, resided within the jurisdiction of the Nasir Bagh police station. They were named for ‘suspicious activities’ after which their arrest warrants were issued, the court was told.

Sohail Akhtar, the counsel for the suspects, said the criminal record of the four men shows no involvement on their part in any activity that could disrupt the peace of the city. “The suspects are peaceful residents of Peshawar and have been living here for a long time,” he said. “The arrest warrant of the DC is based on mala fide intentions, which are illegal and without jurisdiction.”

The court then suspended the arrest warrant of the accused and sought comments from the DC.