ECP ban on recruitments: Start of new medical college on hold in Peshawar 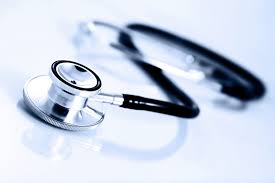 The Election Commission of Pakistan ban on fresh appointments until after the countrywide polls has delayed the start of the newly-established Zulfikar Ali Bhutto Medical College, Peshawar, say the relevant officials.

“The college is ready to enroll students for the first session but the ECP ban on new jobs is the main stumbling block to it,” an official told Dawn on Saturday.

The official said the health department had advertised the posts of doctors and other staff and the people had begun applying for them, but the process was likely to face delay due to the ECP ban on fresh appointments to government departments and organisations. He said last year, the government had planned to have another medical college to overcome shortage of doctors and produce more health professionals to cater to the needs of the growing number of patients in the province.

“Before offering admission to students, we have to recruit teaching staff, especially teachers of basic medical sciences, for recognition by Pakistan Medical and Dental Council,” he said. The official said PMDC would carry out inspection of the college only after teachers were appointed to it.

“We have to first recruit around 80 teachers and then issue prospectuses to students for admission,” he said.

Other officials said the provincial health minister had planned to make a presentation before the top ECP bosses to seek relaxation in the job ban for appointments to ZABMC so that the college could begin the first academic session in May this year.On Jan 22, ECP banned recruitments of all kinds to the government departments, institutions and organisations to prevent the government’s influence on the coming elections.

However, on Feb 6, the ECP clarified that all vacancies, which were advertised on or before Aug 31, 2012, were outside the purview of the ban. It, however, issued directions to the relevant authorities for making all such appointments strictly in accordance with the rules and on merit.

The ECP further said it would consider requests from the ministries, divisions and departments or institutions of the federal government or any department or institution of any provincial or local government, including health and education department, on case-to-case basis.

The officials said admission of 100 students to ZABMC had been planned, with 50 per cent seats for students selected on merit, 20 per cent each for foreign and local students on self-finance basis and 10 per cent for the children of the health department employees.

When contacted, ZABMC project director Professor Zubair Khan said things for the college’s first academic session were well in place but they all came to a halt due to the ECP’s ban on fresh recruitment. He said the college would recruit around 200 members of staff, including doctors, paramedics, clerks and support staff, before offering admissions.

“PMDC will recognise the college only after staff is recruited,” he said.

Professor Zubair said a committee scrutinised students for admission to public sector medical colleges in the province every year but ZABMC wouldn’t be able to enroll students this year if the ECP ban was not relaxed for it.