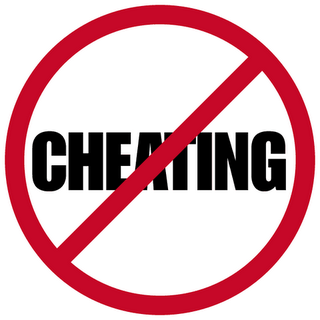 The concept paper of the proposed Education City has been copied from a similar project executed in India. It exposed those at the helm of affairs.

The establishment of Education City is an iconic project of the Pakistan Tehreek-e-Insaf-led provincial government. Initial work has already been started on it. PC-1 for the project has been made and would be discussed at a meeting in the Planning and Development (P&D) Department this month, sources told The News.

In a sequel to the meeting a summary would be submitted to the chief minister and after his approval formal execution of the project would be started. The site has already been identified. It encompasses 30,000 kanals of land near the Karnal Sher Khan Interchange on Motorway in Swabi district.

Universities of international repute would be invited to open sub-campuses in the city. The provincial government would provide free land and other facilities to them.

However, the concept paper aimed at attracting potential donors for the project was copied from the pre-feasibility report of the Knowledge City in Karnataka India. Complete paragraphs and tables have been copied from the original text and pasted on a plain document to compile a mere three-page ‘project concept’.

Except the maiden sub-head of the ‘project concept’ — Education City (Col Sher Khan Interchange) — and the last two paragraphs under the head of ‘Education World Forum’ the entire remaining document is an exact copy of the Indian Knowledge City concept.

The compiler has not even bothered to replace the terms ‘India’ and ‘Indian Students’ that can be seen in two instances in the three-page document. The first one is under the sub-head Public Private Partnership (PPP) model, stating: “Considering the vast investment that is required a PPP is the way ahead to set up Knowledge City in India.”

Similarly under the sub-title of ‘benefits of Knowledge City’ it is stated: “Indian students and researchers get better platform to hone their skills.”The original text that is nicely drafted on 79 pages with proper referencing and tabulation can be visited athttp://www.iddkarnataka.gov.in/docs/62.knowledgecity.pdf

And a copy of the ‘project concept’ for the proposed Education City in Khyber Pakhtunkhwa can be acquired from the education authority formed for the purpose. The News has got a copy of the document.

Reached by phone, a senior official in the Higher Education Department said the concept paper was drafted by the department and no consultant had been hired for it. “Establishment of Education City in the province is no doubt the most emergent need of the hour. It would not only bring investment to this militancy-affected and less developed province, but would also help eradicate militancy,” said a senior academician on the condition of anonymity when his comments were sought.

However, he added that proper deliberations should have been made on the project. Local needs, problems and requirements should be taken into consideration before going ahead with the project, he said. “I don’t know how much deliberations with academicians and other experts had been made on the project. A working group has already been engaged for promotion of higher education. The project has not even been discussed in that group,” remarked the academician, who is also a member of the working group.

Another academician told this reporter that it was not wrong to follow the good projects of other countries. “But having a ditto copy of the projects of others cannot be justified by any means. It is wrong both ethically and technically,” he argued.

A senior government official told The News that concept papers occupy the basic role in any project. “Having a ditto copy of the document can put the government in great embarrassment if the institution that has originally developed the project comes to know about it,” he said.