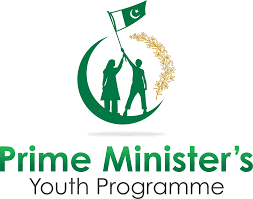 The Khyber Pakhtunkhwa government has decided to launch an interest-free loan scheme for the skilled youth and seed money of Rs120 million has been allocated for this purpose.

This was announced by Minister for Information Shah Farman while briefing media persons about the decisions taken in the provincial cabinet meeting, which was chaired by Chief Minister Pervez Khattak here at the civil secretariat on Friday.

Mr Farman said that the government had established a youth challenge fund through which youth from 18 to 30 of age and having completed six-month diploma course in various skills would be eligible to get interest-free loan of up to Rs2 million.

Regarding transparency in disbursement of loans, Mr Farman said that a fair mechanism would be developed, while the scheme would be implemented by the Small and Medium Enterprises Development Authority (Smeda) and Bank of Khyber. He said the political interference would be discouraged so that the loans could be given to the deserving people on merit.

Sharing details of other decisions, he said that the cabinet approved the proposed increase in salaries and allowances of the chief minister, speaker and deputy speaker, MPAs, parliamentary secretaries, and special advisers and assistants to the chief minister.

The minister said that after the discussion and review the amended draft of ‘Emergency Rescue 1122 Act 2012’ had been endorsed in the meeting, while the act would be presented in the assembly for legislation. He said that necessary amendments had been made for recruitment of director general of Rescue 1122, while for improving structure of the emergency service a committee had been constituted under its director general.

For streamlining the affairs of emergency service 1122, he said that in the new draft legislation, a council had been proposed under the chairmanship of secretary relief and rehabilitation, while its other members would be from finance, home, health, local government, and other relevant departments of the provincial government.

Mr Farman said that a draft proposal was also approved regarding the regularisation of Khyber Pakhtunkhwa Lady Health Workers Programme, and other staff. The employees to be made permanent include lady health supervisors BPS-7, accountants supervisor BPS-7, LHWs BPS-5, and drivers BPS-4, while the project management unit’s staff working in various districts, would be regularised in the same scale, he said.

He said that the government had decided to regularise all lady health workers, as per the Supreme Court’s verdict of February 25, 2013. The provincial cabinet, he said, had also approved an amended draft bill 2014 regarding Khyber Pakhtunkhwa pension fund.

He said that the cabinet had given approval for making amendments to the Khyber Pakhtunkhwa Pension Fund Act 1999 and General Provident Investment Fund 1999, to make the transaction of funds transparent.

It also approved the Khyber Pakhtunkhwa Prevention of Conflict of Interest Bill 2014, aimed at barring the government servants from misuse of official position for personal interests. The meeting also constituted cabinet committees for review of certain amendments to the bills.

Speaking at the cabinet meeting, Chief Minister Pervez Khattak expressed satisfaction over the legislation made so far by the Pakistan Tehreek-i-Insaf-led coalition government for overall public welfare and efficient disposal of official and governmental matters. He said that 30 new laws had been introduced, most of them aimed at eliminating corruption and bringing transparency besides ensuring the supremacy of law, merit and justice in the government machinery.