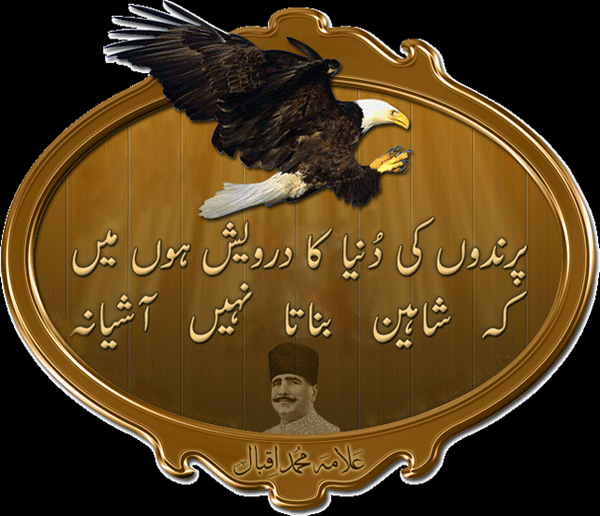 Allama Muhammad Iqbal, the national Poet of Pakistan, was paid rich tributes for his unique wealth of literary work for nation-building, self-realization, and motivation at an exclusive and grand Mushaira held in connection with Iqbal Day at Garrison Club under the aegis of Pakistan Writers Forum on last Saturday night.

Bushra Farrukh acted as Nazamat with a scores of gathering were there with their cheering hands.

She talked to the audience about Iqbal’s vision and faith that inculcated a sense of motivation and self-realization among the Muslim masses and youth of the sub-continent who then started a movement to get an independent country.

She said that Iqbal’s poetry did not only inspire the masses of sub-continent’s Muslims but it influenced the entire Muslim Ummah and the intellectuals and leaders of the world. She had some stunning poetic touch in which she highlighted the old and new picture of historical Peshawar wherein gathering of poets were there in difference nook and cover like historical Qisa Khawani Bazar, Chow Yadgar, Chow Shaheedan, Liaqat Baazar Cafes, adding that a present unfortunately due to present turmoil all these poetic gathering were pressed to the wall, leaving Peshawarites only to mourn on the lost of nears and dears.

She gave a sting-touch of the old days of Peshawar with the present scenario where fears in the mind of streets playing children, who saw even bloodshed with their own eyes and some of them even lost their mothers and father, brother and sisters.

Oh Peshawar we need you, she says “Charag jo Peshawar ke galiyun me Jhala Kartey Tey Chargan Key Lia, Wo Charag Ap Qabroon Par Jhala Kartey Hai”. It was a true picture Kishwar Naheed’s portrayed on unique and attractive way by sadden the sitting audience. She said that Iqbal’s poetry did not only inspire the masses of sub-continents’ Muslims but it influenced the entire Muslim Ummah and the intellectuals and leaders of the world.

The other eminent poets who at one side threw light on the Iqbal’s vision and on the other enlightened the audience about their knowledge and association besides narrating the famous Iqbal work included ‘Masjid-e-Qartaba’, ‘Khizr-e-Raah’, ‘Sultan Tipu Ki Waseeat’ and ‘Chand or Tarray’.

Prof. Dr. Dost Muhammad and Secretary Home and Tribal Affairs Syed Akhtar Ali Shah while paying tribute to Shaher-e-Mashriq said that Iqbal had dreamed about an independent state for Muslims of sub-continent and he had produced such a high level of poetry for Muslim Ummah and Muslim youth which should be followed to complete his dream of a prosperous Pakistan.

Bushra Farrukh, the host, and President of the Pakistan Women Writers Forum, talked to the audience about Iqbal’s vision and faith that inculcated a sense of motivation and self-realization among the Muslim masses and youth of the sub-continent who then revolted a movement to get an independent country. The poetic gather was organized with the collaboration of KP Culture Department.

It is very important to hold gathering not only to tribute the glorious work of Dr. Iqbal but also to teach his poetry to our next generation who can change the destiny of the national in the light of the great poetry’s vision, said Shahida Sardar.

She said that we are making efforts for some time to have such literary gatherings which are objective-oriented and constructive. Earlier, the ceremony was started with the melodious voice of Aiman Riaz who present Iqbal’s poem.