Home / News and Events / Rhyming for a reason: Poets of Mohmand Agency raise their voice for peace

Rhyming for a reason: Poets of Mohmand Agency raise their voice for peace 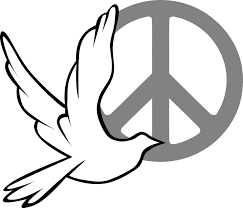 In a first of its kind poetry competition for women poets in Ghallanai, Mohmand Agency, raised their voice to commemorate International Peace Day celebrated worldwide on September 21.

Many female teachers and students participated in the competition organised by FATA Secretariat Special Project (FSSP) at Government Secondary School, Ghallani on Saturday. Around 15 poets presented their work to the audience, after which political administration official Abdul Hamid Khan distributed prizes among the winners.

Through the poems, participants attempted to show that women who have become victims of ongoing militancy in the Federally Administered Tribal Areas (Fata) can play a vital role in the restoration of peace.

A participant, Rabi Shams said she had been writing poetry since she was in school, but had never participated in any such event. “Women in Fata are really talented. If we are given such opportunities we can prove that we do not lag behind other countries,” she told The Express Tribune.

Drawing a parallel with the adage ‘the pen is mightier than the sword,’ Shams said: “Being an integral and respected part of Pukhtun society, women can educate men to pick up a pen instead of weapons.”

Another poet, Safia questioned if gatherings for male poets can be organised regularly, then why can’t they be held for women as well. “Unfortunately, women are given no such opportunities to showcase their hidden talents. They can excel in all spheres of life. It is the need of the hour to bring women into the mainstream,” she said.

Safia added Pukhtun history was filled with accounts of women who played a vital role, both in times of peace and war. “Now that tribal areas are plagued by militancy and war, women must come forward for the restoration of peace which can only be done through education.”

A separate mushaira was also organised in connection with peace day at Jirga Hall, Ghallani by Mohmand Adabi Tolana, a literary society, on the same day. Over 100 renowned poets from Khyber-Pakhtunkhwa and Fata recited their poems.

Speaking on the occasion, poet Hyran Momand demanded compensation for all poets who became victims of the war on terror.

Poets who participated in both events maintained peace was the voice of every Pakistani. They lamented the war had destroyed inner peace and satisfaction of all those who reside in the tribal areas, forcing them to relocate and move to camps for internally displaced persons.

“Peace is being restored gradually and it is up to us to maintain it through education,” said another poet.