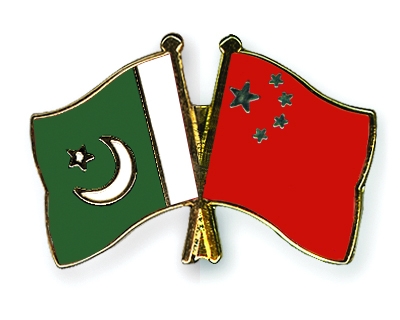 Speakers at the one day international conference on the Post 2014 Scenario and Pakistan-China relations have underlined the need for multilateral cooperation in order to attain stability in the region. They said that owing to the US and allied forces withdrawal and lack of reconciliation there is a great fear that Afghanistan may face a civil war like situation in the days ahead. The added that Pakistan has to do more to achieve peace in Afghanistan while China can play a positive role in restoring regional harmony.

The growing Pak- US relations have restrained Pak-Sino relations in the past, said Prof. Li Jiang. However the relations are more stable now and would have positive impact on the regional situation, he added.

The winning of Abdullah Abdullah in the Afghan election could create problem for the country`s security as the incumbent was not in good terms with Taliban, said Prof. Dr. Baber Shah. He added it was because Taliban are the among the indigenous population of Afghanistan and have strongholds in the country.

Responding to a question of students about Ukraine issue the Chinese scholars reiterated that China could resort to its policy of non interference in the Russia Ukraine issue, but was closely watching developments there. About siding with either India or Pakistan in the region, the scholars opined that China wanted balance relations with both the bordering countries.

Pakistan is caught between cross fire between the super power(s) and was a victim of the great game being played in the region, said Vice Chancellor UoP Prof. Dr. Muhammad Rasul Jan. He added China and Pakistan can play integral role in the reconstruction of the war torn Afghanistan.

His Excellency Alshafie Ahmed Mohamed, the Ambassador of the republic of Sudan called on the Vice Chancellor UoP Prof. Dr. Muhammad Rasul Jan to discuss matter pertaining to measures for improving the enrollment percentage of Sudanese students at various disciplines of Varisty. Also the two held detailed discussion on the facilities relating to the existing students of Sudan in the University of Peshawar.

Although it is a Universal truth that education is the key to economic and social development of a society the Muslim Countries have made little inroads in this field, said the Ambassador on the occasion. He added most of the Muslim countries have earmarked very meager budget for education. To quote my own country only 1% of the total budget is kept for education sector which is far below the required level, while in Pakistan it hovers around only 3% which is also one of the lowest in the World, said Alshafie Ahmed Mohamed.

The Ambassador thanked the Vice Chancellor for extending full cooperation and facilities to the students of his country and praised the contribution of the University of Peshawar in providing quality education to the Sudanese.

University of Peshawar has this unique nature of providing playgroup to PhD education on one integrated campus with a residential campus and all the facilities within, said Vice Chancellor UoP Prof. Dr. Muhammad Rasul Jan. He added UoP has adopted this policy of encouraging relations with Muslim countries and their higher education institutions. It is because the students can adjust well to the local environment, he said.