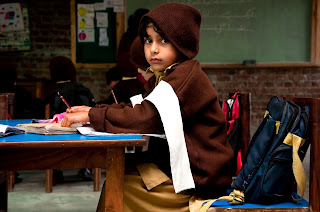 He said that his Foundation, named after his father has already constructed the al-Zarhgoni Mosque in Hayatabad Peshawar, a modern and well-equipped charity hospital in Karachi and running ambulance service each of which can be termed a mini hospital manned with well-trained paramedics.

Al-Zaroni, who has his named entered into the Book of Guinness World Records for establishing the first ever private museum in UAE with the largest collection of antiques and is educated from Pakistan said that he has a lot of family friends in Peshawar and has walked through the historic places of that historic city thus has a special attachment with the people and the Province.

Therefore, he wanted to work for cultural preservation there, establish universities, medical college, hospital, water supply schemes, mosques and or any other welfare scheme(s) for the up-left of the poor both in KP and FATA. For this purpose he sought the support of the Governor, Chief Minister and the government. He recognized the talent of the people of Pakistan particularly those of KP-FATA and said that if given opportunities, these people are 2nd to none in the world.

Both the Governor and the Chief Minister welcomed and appreciated the offer and assured the government’ full cooperation pointing out that poverty and unemployment has made the people of KP and FATA vulnerable to extremism, militancy and terrorism.

While the Provincial Governor said that both man-made and natural calamities in the shape of militancy-terrorism and floods have destroyed the infrastructure of KP and FATA, the Chief Minister also referred to the constant pressure on KP from the war ravaged Afghanistan, which they said were continuously pushing them (the people of KP and FATA) to further backwardness.

The fraternal relations between the people of KP_FATA and the UAE were also highlighted at the outsets of both the meetings.

While both the Governor and the Chief Minister separately offered free lands for such welfare schemes, the former said that he will welcome the construction of mosque(s) in Bajaur, Swat, and/or South Waziristan, which agency is being opened for such developmental activities, after trials and tribulations of terrorism and militancy. The Governor also pointed out that Swat, which is badly, affected both by terrorism and floods can be a good location for such activities.

The Chief Minister Pervez Khattak on this occasion also said that the Provincial Government was launching a Mega City on Motorways near the confluence of Mardan, Nowshera- Swabai districts and in case the al-Zaroni Foundation decides to establish a university, the KP Government can offer it free land there. He also said that besides it, the people of KP needed skilled labourers and his government will appreciate if they are imparted trainings in technical fields.

It was therefore, decided that the Foundation will prepare concrete proposals for such schemes and will soon re-meet the Provincial Government, where all relevant authorities will also be invited and select viable scheme(s) for the welfare of the people of the Province.