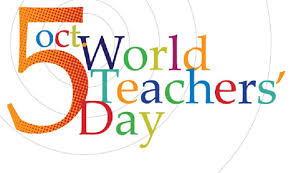 World Teachers’ Day – observed on October 5 – was celebrated in Ghallanai, headquarters of Mohmand Agency, in a special programme organised by the FATA Secretariat to honour educators in the region.

Mohmand Additional Political Agent (APA) Abdul Hameed Jan was the chief guest on the occasion, and presented gifts and awards to hundreds of male and female teachers.

In his address, Jan said teachers in the Federally Administered Tribal Areas (Fata) are performing their duties under critical law and order circumstances as majority of the schools have been affected by militancy while others are at risk. He claimed these teachers are working in an area where government institutions do not.

FATA Education Department Deputy Director Abbas Khan said teachers in the region are considered provincial government employees, but draw their pay from the federal government. He added there is no policy regarding their promotion, and cases of delayed pay and even non-payment of salaries are a common occurrence.

An objection was also raised by serving teachers, questioning how schools that have been shut for the past five years can receive an award for exceptional service.

Mir Afzal Mohmand, a social worker present at the function, accused the education department of giving awards to those who do not even teach, rather than honouring deserving teachers.

“This shows the education department is not serious about promoting education in the agency. In Safi Lakaro, schools are closed but the teachers there have been awarded,” he said.

Some teachers from the audience told The Express Tribune they have raised questions about the selection criteria. They claimed education officials in Ghallanai never visit any school, questioning how they were then able to chalk out a list of deserving teachers. They demanded the constitution of a committee who assigns these awards responsibly.

Educators also complained families of officials who lose their lives in militant attacks receive compensation, but heirs of teachers do not.