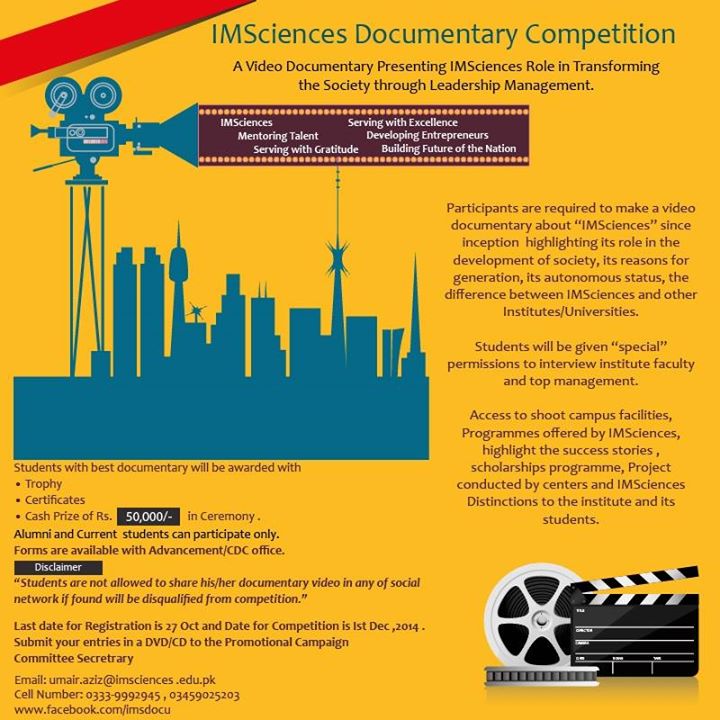 A Video Documentary Presenting IMSciences Role in Transforming the Society through Leadership Management. Participants are required to make a video documentary about “IMSciences” since inception highlighting its role in the development of society, its reasons for generation, its autonomous status, the difference between IMSciences and other Institutes/Universities. Students will be given “special” permissions to interview […]